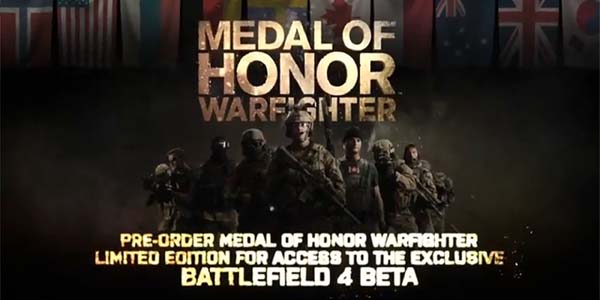 Battlefield 4 is indeed a real game, as the end of the most recent Medal of Honor: Warfighter trailer confirms speculation from this weekend The trailer is a developer diary covering all of the basics including the multiplayer, weapons and more straight from the guys behind the game.

Presumably Battlefield 4 would be slotted for a 2014 release. Considering the inclusion of the Beta in the MOH: Warfighter Limited Edition we can infer that some version of BF 4 will be coming to current consoles, although such a game would certainly shine on next-gen hardware.