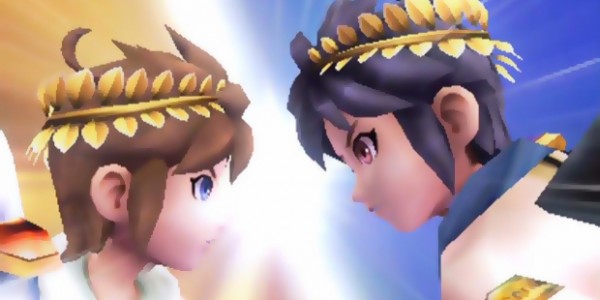 Nintendo has announced a series of multiplayer challenge events for Kid Icarus Uprising set to sweep across Europe during late April and early May. Do you think you have what it takes to take on the Kid Icarus Battle Squad?

The big N will be giving away free posters to everyone who challenges the squad of professional gamers. Those players who are successful in defeating members of the squad will be awarded with special edition AR cards featuring artwork from the game.

Nintendo also announced an on going twitter contest using the hastag – #KidIcarusBattleSquad  – with a series of $50 HMV gift cards up for grabs. Click the jump for the full twitter rules and date/times for the Kid Icarus multiplayer challenge.

By entering the free prize draw, you agree to comply with the following rules:

– To enter the Twitter prize draw, you must be at least 12 years old; under 16 year-olds must have permission from a parent or guardian

– To enter the free prize draw, you must tweet a picture of yourself with the Kid Icarus: Uprising Battle Squad to @KidIcarusUK using the hashtag #KidIcarusBattleSquad – You must tweet your picture the same date as the event

– There are a total of six £50 HMV vouchers to be won, with one name selected at random for each day the Kid Icarus: Uprising Battle Squad are in-store

– Winners will be notified via Twitter and will be asked to provide their name, date of birth and a valid email address.  If under the age of 16, a valid email address for a parent or guardian must be provided – By entering, you give us permission to publish your photograph on Nintendo’s Facebook page and use your photograph in any other publicity material in connection with the Kid Icarus: Uprising Battle Squad activity.  You also confirm the consent of any additional people in the photograph