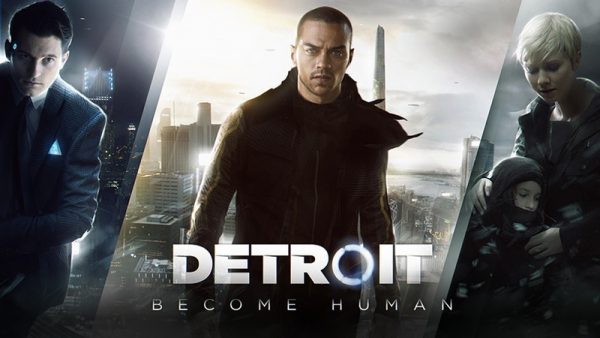 David Cage is a name that doesn’t sit will with many Players, especially after allegations of a toxic work environment and workplace harassment that has occurred at Quantic Dream. To say his games are for a particular niche is an understatement. Critics have not panned his games, in fact many have praised them for their rich story and environment, but the average consumer might go as far as to say his games barely qualify as games. I was recently asked how to sell someone on a David Cage game, and my answer was simple:

“Have you ever watched a movie and wish you could do something different? Have you ever thought if you were in a particular scenario you could make better choices than the characters? Then a David Cage game could be worth a try”

Detroit: Become Human is definitely a David Cage game. The gameplay doesn’t differ much other Cage games. You go through a story, make your choices that will affect the story and characters and perform in quicktime events at pee-determined times.

I found navigating within Detroit’s world be a little cumbersome. There are some issues controlling the character and getting them to move in the exact direction I wanted to and I found they moved a little slow for my taste. The quick time events were standard for a Cage game. For the most part they worked for the story, felt fluid and didn’t ruin the immersion – in fact, some QTEs fit in really well with android perspective technology. 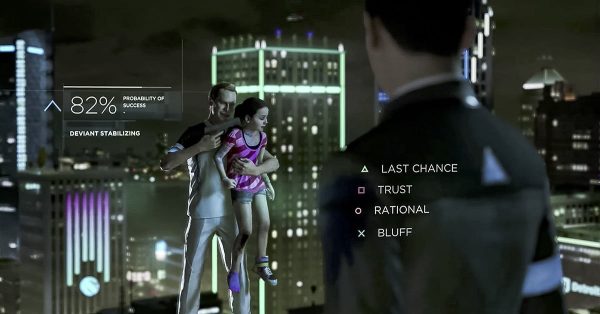 The real star of the show is the story and characters and is the probable reason anyone is going to play a David Cage game. Detroit: Become Human takes a stab at the age old sci-fi story of robots gaining sentience.As many have pointed out post-release, Detroit: Become Human‘s are an analogy for real world racism – right down to the game’s sentient machines being placed at the back of a train and being forced to stand, no sitting for robots in the world. Oh, and apparently the world of Detroit Become Human is one where racism doesn’t exist because machines have gained sentience. 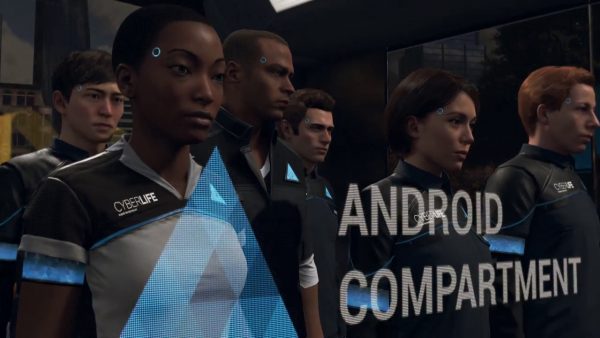 The main story is that of androids beginning to gain self awareness and humanity. Now androids want the same rights as every other person and the player follows three particular characters and what they will do to make a better life for themselves and even others around them who are suffering as well and how the world reacts to such a change and events that occur.

Your first playable character and storyline is “Connor, the android sent from Cyberlife”. He is an android cop who’s one goal is to finish his investigation into an outbreak of rogue androids and murders caused by them.Partnered with the salty cop Hank Anderson, you can choose how to approach the investigation, if you let perpetrators go, if you build a relationship with Hank and what you will do about the rogue androids and your own inner conflict. I found his story offers some wonderful character moments, fun action sequences and interesting choices that drastically change the outcome of his story-line 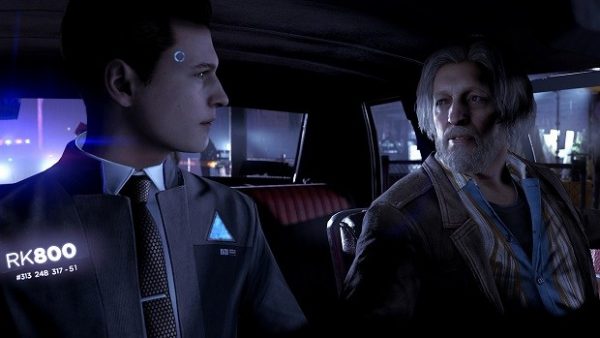 The second you meet is Kara, an android purchased by a questionable man who is meant to be a maid for the house and child care taker of sorts to his neglected daughter. Kara simply wants to get the little girl to safety and to start a new life free of what is essentially slavery. I very much enjoyed Kara’s heartwarming love for the girl Alice and their journey was genuinely interesting with some moments I definitely did not predict, one involving a robot bear. If you’ve paid attention to Quantic Dream’s PlayStation tech demos over the years you might remember the 2012 “Kara” tech demo which asked a lot of interesting questions about what it would mean for machines to gain sentience. That 2012 demo formed as the inspiration for Detroit: Become Human but it is hard to say that it laid the foundation for the game. 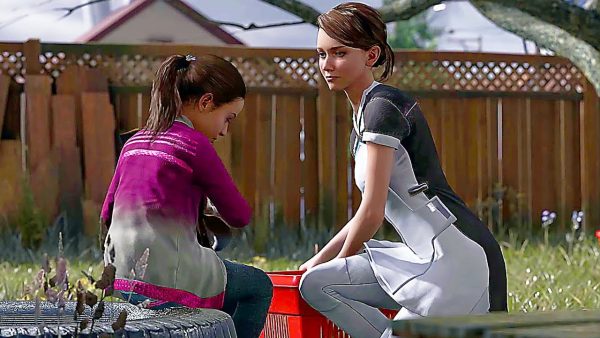 Overall, Detroit: Become Human plays like a choose your own adventure Sci-Fi TV season with some gameplay elements throughout. If you are in the mood for somewhat cliche sci fi story with decent world building, interesting and enjoyable characters and aren’t turned off by David Cage games, definitely give it a try; if you aren’t a fan of his games though, this most likely won’t change your mind about them.

For further reading on the on-going issues with Quantic Dream as a developer and the problematic content found within Detroit: Become Human the following articles are recommended:

The Profound Quandary of Blackness In Detroit: Become Human [Via The Root]
Quantic Dream Accused of Being A Toxic Workplace [Via Kotaku]

Sony Computer Entertainment Canada provided a review copy to BrokenJoysticks for our consideration.