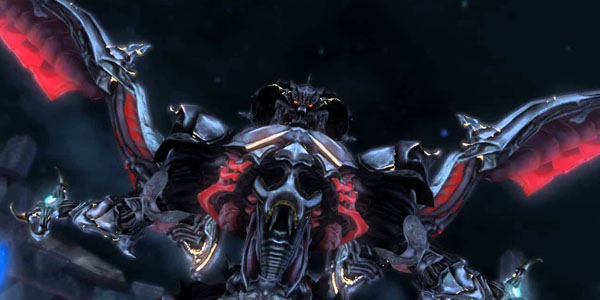 With the release of FFXIV Patch 4.31 two days ago, the newest entry in the on-going series of Ultimate difficulty encounters – The Minstrels Ballad: The Weapon’s Refrain – has been unleashed upon the denizens of Eorzea.

As soon as the servers went live in the early morning hours several well-known raiding groups like Elysium, YouTuber Mister Happy Gaming and XenoSysVex were ready to see just what Yoshi-P& Co were going to throw at them. Alongside these skilled raiders are thousands of viewers (over 9, 810 as of the time of writing) ready to watch and interact as Streamers attempt to figure out just how The Weapons Refrain works.

The Ministral’s Ballad: The Weapon’s Refrain is a dramatic retelling of The Warrior of Light’s encounter with the Ultima Weapon way back in A Realm Reborn. Featuring brand new mechanics and edge of your seat encounters with the 3 original Primal (Garuda, Titan and Ifrit) from ARR, this is an encounter of epic proportions. Challenging an Ultimate level encounter is no joke – FFXIV offers encounters at a number of different skill levels: Story (regular), Extreme (harder content but still PUGable), Savage (Even harder group content that can require weeks of coordination) and for the most diehard – Ultimate.

Above: The Weapon’s Refrain streams are currently the most popular FFXIV content out there.

Initially the community thought that the first 3 phases of the fight were a joke as raiding groups blew through the 3 Primal with relative ease over the first few hours of their streams. Some called the encounter too easy as these Warriors of Light pushed on for upwards of 16 hours yesterday but there was a massive problem once the first group hit phase 4, the Ultima Weapon itself.

Upon entering Phase 4 of the fight (which may not even be the last phase, we don’t know as no one has gotten past it yet) entire parties received a Doom buff that could not be cleansed (removed) – killing the entire party. It turns out that if a party does not do the mechanics in phases 1 thru 3 in a certain order to “awaken” the 3-original primal (and make these phases much more difficult in the process) they inevitably hit an unwinnable state come Phase 4.

After 12 hours of what seemed like steady progress that frontier of the Final Fantasy 14 raiding community had all of their gains wiped out by a single doom cast. Major groups had to go back to Garuda (phase 1) and figure out just how to cause her to “awaken” before moving on to Ifrit and finally Titan.  Right now it seems like the current theory is to gain a special buff from each of the 3 primal in order to cleanse the doom in phase 4 and survive incoming attacks using three consecutive Limit Break 3s. All of this, is of course, hypothetical because noone has lived long enough through Phase 4 to verify that this is the intended solution.

Watching chat commenters, community personalities like Mr.Happy and even on-going analysis between groups streaming the encounter individually to figure out the solution to The Weapon’s Refrain’s mystery is actually really captivating. My spouse and I spent several hours last night watching it all unfold live and who knows how long it will take before a World’s First is claimed.

Above: The Unending Coil of Bahamut

Last Fall in Patch 4.11 Square Enix released the first Ultimate level encounter, The Ultimate Coil of Bahmut, which tasks players with slaying the Elder Primal yet again. Groups worked on the UCOB encounter for 12 days before Dysnomia from Japan was able to claim the World’s First UCOB kill.