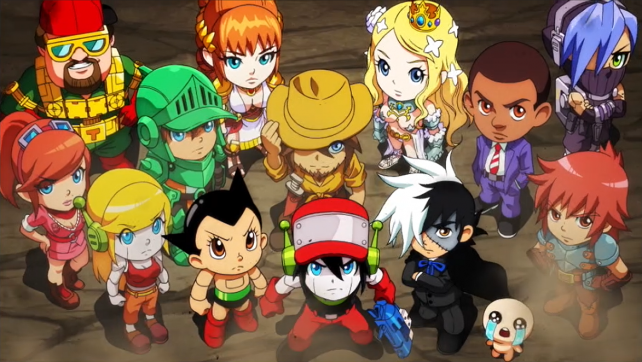 Crystal Crisis is presented like a one-on-one fighting game, but instead of pressing buttons to kick and punch, players arrange falling gems into matching colors to clear them from the screen and inflict damage on their opponents. The color-matching combat game for Nintendo Switch features 19 different playable characters, including from Cave Story+, The Binding of Isaac, Code of Princess EX, and more. Joining them will be four newly-created characters from some Nicalis games in development.

Crystal Crisis for Nintendo Switch will be available digitally and physically in Fall 2018 for $39.99.