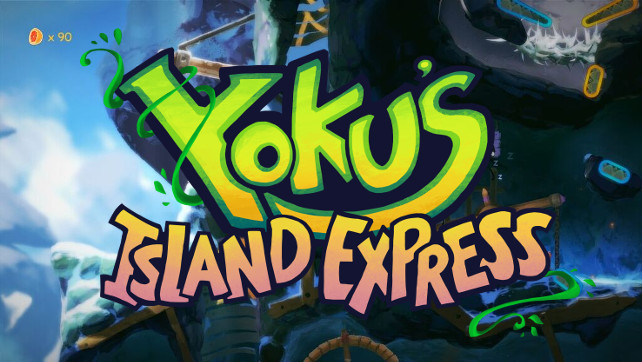 Villa Gorilla has a delightful looking pinball platform adventure, Yoku’s Island Express, which will be launching on Xbox One, PlayStation 4, Nintendo Switch and PC on the May 29th.

Yoku the dung beetle has arrived on Mokumana Island to take over the role of postmaster and he’s ready for the easy life, soaking up the sun and delivering parcels on a tropical paradise!

However, an ancient island deity is trapped in a restless sleep – and it’s all down to Yoku to traverse the island using a unique blend of pinball mechanics, platforming and open world exploration, in an amazing adventure to help those in need!

In an interesting mechanic, you will flip and bump the pint-sized protagonist around the stunning hand-painted island on your quest to rebuild the post-office and wake an old god from its slumber.

The game mechanics somewhat reminds me of the way Kirby’s Canvas Curse for the Nintendo DS had gamers controlling Kirby by manipulating the environment by drawing on the screen.

Yoku’s Island Express is rolling on to Xbox One, PlayStation 4, Nintendo Switch and PC on the May 29th and will be priced at $19.99 USD.