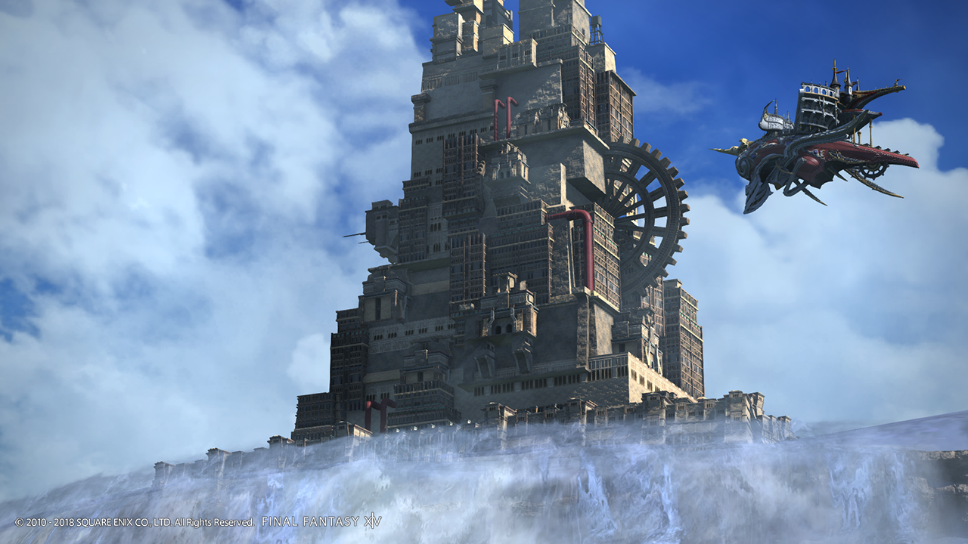 The next major update to Final Fantasy XIV Online: Stormblood will come out in late May Producer / Director Naoki Yoshida confirmed during a regularly held community live stream known as Letter From The Producer LIVE. Patch 4.3 brings a number of brand new features to the game – the conclusion of the Doma main story questline,  a brand new raid, a new “deep dungeon” leveling experience and so much more!

In terms of in-game content adventurers will be able to take part in the second of the Ivalice themed 24 person raids, The Ridorana Lighthouse. Smaller parties will be able to take on a brand new secret trial (Zeno extreme as rumored by players? The next of the Four Lords series perhaps?) as well as journey through a brand new dungeon called the “Swallow’s Compass”. Crafters and Gatherers who have jobs at least level 60 can start to befriend the fish-like Namazu. 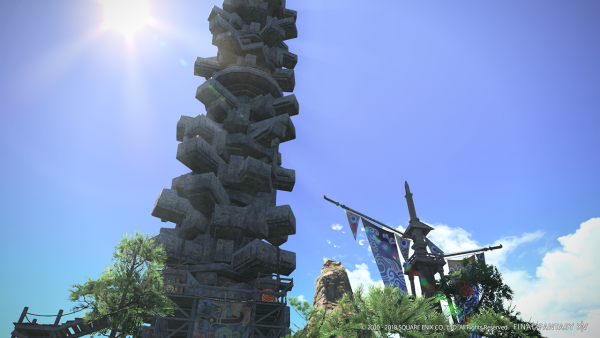 Players who have completed the Stormblood MSQ might remember a Jinga-like structure that received prominent placement in a cut-scene during the Ruby Seas ark. Well it turns out that the structure is actually called “Heaven On High” – similar to Heavensward’s “Palace of the Dead” – a self contained leveling experience where adventurers start at level 1 and rapidly progress through their profession’s abilities. After completing a set number of floors in “Heaven On High” it is expected that players will receive at least 1/4th of a level out of the tower upon completing 10 floors. Unlike Palace of the Dead, the total number of floors is only 100 floors vs the 200 of Palace of the dead. In HoH floors 30+ will be challenging content.

Here is a breakdown of all of the in-game content coming in FFXIV 4.3 – some of these descriptions are obviously just little tidbits:

Coming at some point later will be an official FFXIV Companion App that will enable all users to chat with friends as well as message the Free Company chat channel.  Organizing inventory, purchasing and placing items for sale on the in-game market boards will also be supported.  A paid for premium plan allows subscribers to double their chocobo Saddle Bag storage, sell up to 2 items per day using Kuppo Nuts (vs 1 with the free plans) and have an extra retainer. We don’t have an official price for the premium tier just yet. 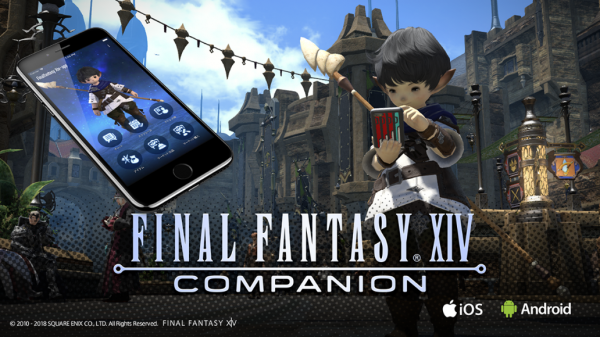 Here’s a breakdown of the companion app that Square Enix provided:

ll players that download the app will be able to enjoy benefits such as the following:

An optional, Premium Plan is also available, which unlocks the following features for a monthly fee: