We’re now six months post launch for Destiny 2 and it is quite clear that the game doesn’t have the same staying power that the original possessed. With Curse of Osiris firmly in the rearview mirror and the next expansion, Warmind, on the horizon – Bungie has to make good on their previous promises of listening to player feedback if they hope to keep guardians engaged beyond the initial content offering.

Destiny 2’s “Go Fast” update is also now behind us and while player feedback on the crucible changes -specifically the 6 Vs. 6 rumble mode in crucible has been strong –  Bungie will have to really deliver future updates that are also in line with what the community wants if their goal is to retain hardcore players. 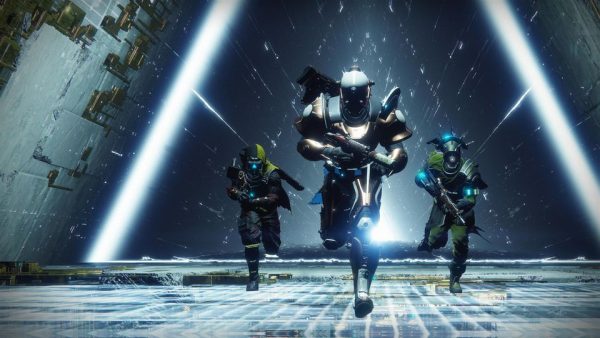 In the opposite direction – if the developers chose to implement a crafting material grind for end game weapons, like in D1, then they’re going to have to easily explain to more casual players how they can still stay relevant without in terms of gear level without investing hundreds of hours. “Casual vs Hardcore” gear balance isn’t something that Destiny 2 has particularly excelled at. 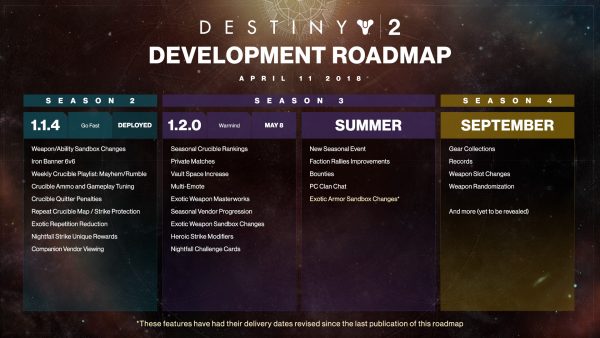 Here is a point by point breakdown of everything that Bungie has promised on their latest developer roadmap:

Certainly Heroic Strike Modifiers, Exotic Weapon Masterworks and most importantly whatever the Weapon Slot Changes entail will bring some new reasons to log back in to Destiny 2 for even mid-core players. Honestly stuff like Seasonal Rankings and Vendor progression probably should have been in the game at launch and the same goes with Clan Chat Support on PC – these feel like obvious must haves and adding them almost a full year into the game’s lifecycle is still kind of baffling. Also of concern is how little detail we have on what could be some of the more major changes to the game. Bungie says they want to make Weapon Slots more flexible to allow Guardians to use weapon types that aren’t very popular at this moment. How that will be achieved has yet to be revealed and that is something that worries me – what if Bungie’s goals align with what their players want but the execution ends up being way off the mark? 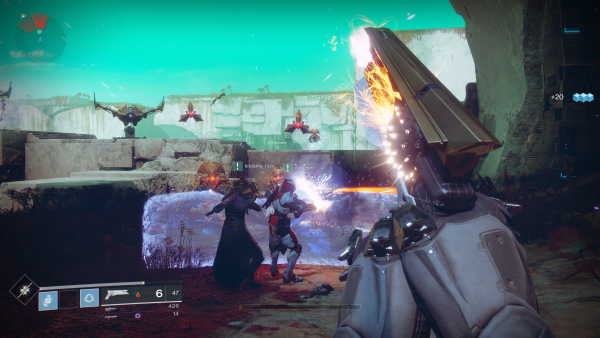 To close this post off I’d like to post a small list compiled by the folks over at r/DestinyTheGame of features that have appeared on previous Bungie development roadmaps but do not appear on this current one.

Will Bungie be able to turn Destiny 2 around from the Cash Shop focused micro-transaction festival that the game was a launch? Will all of these Quality of Life improvements like the introduction of Heroic modifiers and Master Worked Exotics be enough to satisfy the hardcore who want to see complete random perks come from Destiny 1? Will all of these QOL improvements lead to a better experience for casual players like myself?

Time will tell… Destiny 2: Warmind launches on May 8th.