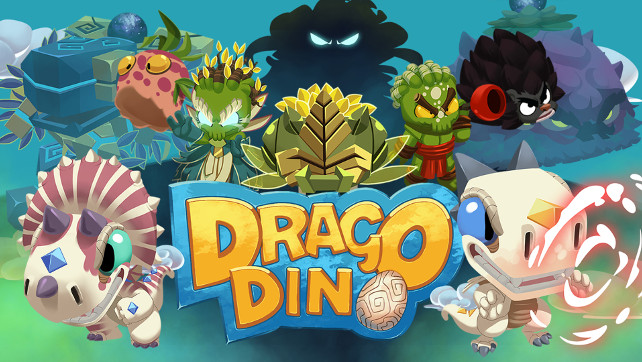 A few months after its release on Steam, DragoDino is nearing a release for the Nintendo Switch and Xbox One. Developed by TealRocks Studio, the game will be released digitally on April 27th.

In the game you will help Bob to find the lost egg by fighting the guardians of the Forest’s Kingdom. This new 2D platformer features colorful and randomly generated levels.

DragoDino is a roguelike game with an original gameplay based on a simple goal: climb up. The player plays an intelligent reptile with super powers to jump higher and higher, create platforms and shoot energy balls. He must learn to master those abilities to successfully reach the top of every levels and beat the hostile creatures who will try to stop it.

Through its progression, the player will have to adapt itself to a more and more hostile environment randomly generated.

DragoDino is playable in both solo or co-op mode.