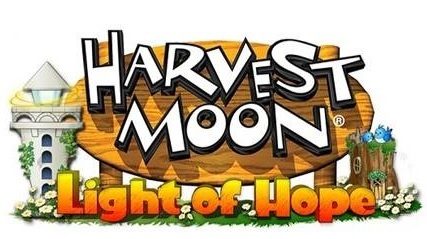 Harvest Moon: Light of Hope Special Edition Coming to Switch, PS4 in May

Natsume Inc. and Rising Star Games today announced Harvest Moon: Light of Hope Special Edition will be launching on Nintendo Switch and PlayStation 4 for $39.99 USD in May 2018.

Following the successful release of Harvest Moon: Light of Hope on Steam in late 2017, the Special Edition has some brand new features only available on the console versions.

“Harvest Moon fans have been eager to experience the series on Nintendo Switch and PlayStation 4, so we are happy to be able to give them a date to put on their calendar! The Special Edition has new features made specifically for console gamers that we will be unveiling throughout the coming months,” said Hiro Maekawa, President  & CEO of Natsume. “We also look forward to sharing some special bonuses to go along with the game. Fans should definitely stay tuned as we lead up to the launch this spring!”

“We are honoured to continue to work in close partnership with Natsume in order to bring Harvest Moon: Light of Hope Special Edition to our Harvest Moon fans and to newcomers, across Europe, Australia and the Middle East,” said Martin Defries, Managing Director of Rising Star Games. “The series has delighted game fans for many years; the versions that release this Spring will bring happiness to console gamers across the PlayStation and Nintendo Switch universe”.

In Harvest Moon: Light of Hope, players begin the game as they set out looking for a fresh start and new surroundings. During their voyage, their ship is hit by a monsoon and goes down. As they drift into a small harbor town, now in a shambles from the storm, it will be up to the player to help rebuild the town and save the lighthouse…but it won’t be easy! Nevertheless, with some hard work growing crops, tending livestock, and gathering materials for repairs, players will be able to make new friends, start a family, revive the lighthouse, and save the town!