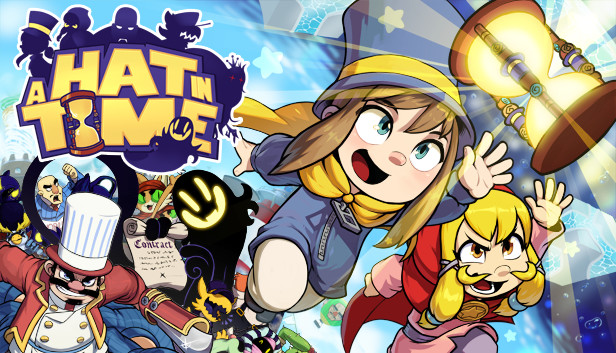 Contributor Victoria Rose shares her thoughts on the best game she played this year – A Hat In Time. Over the next week, into early 2017, our editors will be sharing their picks for the best game they played this year. They’ll also be sharing some of their choices for runner-up. “The Best Games We Played 2017” is a reflection of the year that was in interactive entertainment for our editors and contributors. To be eligible for mention in TBGWP 2017 a title need not be released this year, our editors and contributors simply must have played it. 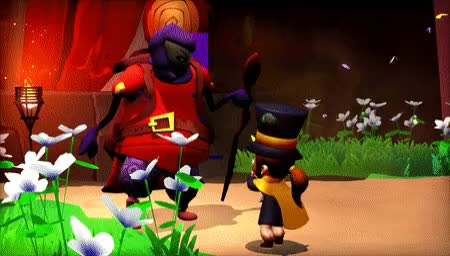 2017 was the year in which we all desperately needed a break that we never got. Something to take our minds off of the awfulness of the world around us and remind us what in life makes us happy. A Hat in Time is the closest thing that I got to that break in 2017, but even it couldn’t escape getting marred by scandal. On its own merits, A Hat in Time is a joyous, adorable, expertly-designed 3D platforming treasure that has been polished to a mirror shine, and a game which can confidently stand alongside titans of its genre. I honestly cannot remember the last time I had this much fun with a platformer. Each of the game’s worlds is fleshed out with vibrant, memorable characters and unique level designs. The locomotion controls are more logical and approachable than that of its contemporary Super Mario Odyssey while offering just as much depth to its platforming. The latter may be a more professionally-made game with far more content and development talent, but it simply cannot match the care put into each level and world of A Hat in Time. I adore every moment of this game, and we are richer for its existence.

However, it would not be 2017 without a bad apple spoiling even the sweetest of bunches. It is not responsible nor ethical to discuss A Hat in Time without condemning the actions of project lead Jonas Kaerlav. Stealing artists’ work while creating whole websites to defame and silence them, firing members of the team for petty and personal reasons, and refusing to remove vocal white supremacist Jon Jafari as a voice actor in the game, even after Playtonic Games did the right thing and removed him from their own game’s voice actor lineup. This man has a rap sheet a mile long, and it is impossible not to bring up when discussing the game. The fact that A Hat in Time is one of the best platformers of all time with level and input design unmatched amongst its peers does not matter when those same designer associates with Nazi sympathizers and refuses to pay artists. Real lives are affected here, and it is irresponsible to ignore that. And that is a damn shame because A Hat in Time truly is a masterpiece. It’s undoubtedly my favorite game of the year, and I want to play through the game a dozen more times right away. I want to cosplay Hat Kid. I want to draw fanart. I want to design my own games inspired by this. I WANT to love this game. But sometimes life is more complicated than that. Sometimes you have to accept that even the things you love bear a tragic hamartia. Sometimes, life can just be one nasty, foul 2017.