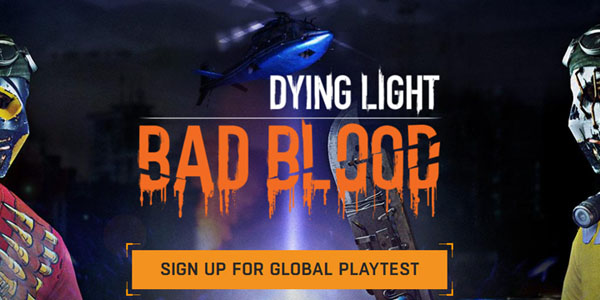 Battle Royale games have been front and center this year when it comes to the discussion of online multiplayer titles. Perhaps then it is no surprise that Techland, the developers behind the Dying Light franchise, will be bringing their own unique spin on the genre with the reveal of the stand-alone Dying Light: Bad Blood expansion.

Bad Blood‘s official website promises that Techland’s approach to BR will set itself apart from the competition by incorporating P.V.E elements into a traditionally P.V.P only genre. Not only will players have to fight against each other but also A.I controlled zombies and in some instances powerful boss monsters that could turn the tide of battle. The inclusion of P.V.E elements means that players will be encouraged to form temporary alliances to overcome these challenging foes but they’ll also have to watch their backs. In order to escape from the horrors of Bad Blood players will need to buy their way onto to an evacuation helicopter at the end of a round using collected samples. Since every player purchases their one-way escape ticket separately, alliances are sure to be broken.

A closed technical test will take place during the last few weeks of this month via Valve’s Steam service with more players being invited over time. Additional platforms for Dying Light: Bad Blood are expected to be revealed later on in 2018 and there has been no word if a console release is planned. It is also not known how Dying Light: Bad Blood will be monetized – whether free to play, free to existing Dying Light owners or buy to play.

Expect more news and media from Bad Blood in the coming weeks as the technical test has no embargo or media capture restrictions. If you want to sign-up yourself you can do so here.