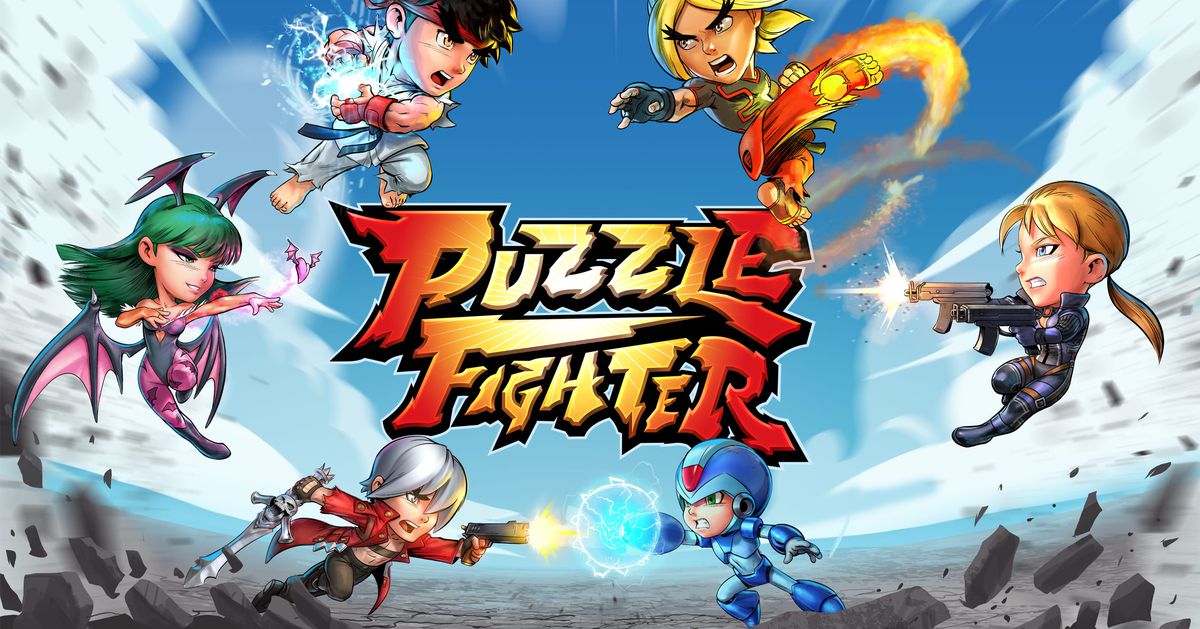 Over the weekend I noticed that Capcom’s brand new mobile version of the classic Puzzle Fighter franchise had finally launched on iOS in Canada, giving me the opportunity to finally try it out for myself. As with any free to play title, I was weary of the specter of constant microtransactions, loot boxes and RNG paywalls. Puzzle Fighter is a surprisingly fun little diversion in spite of its monetization and questionable art direction.

Puzzle Fighter dates back to the 1996 PlayStation Original that featured adorable chibi sprite versions of Street Fighter II fan favorites like Ryu, Chun-Li and E Honda who battled each other using a tacking block mechanic, not unlike the one found in SEGA’s Columns. Puzzle Fighter for mobile retains this gameplay – asking players to stack together similarly colored gems, which then combine into larger crystals when stacked in formations of at least four. Players then must use a special glowing power-up that randomly spawns in place of a brick combination to eliminate lines/squares of colored bricks to pull off an attack against their opponent. Once a player’s health reaches 0, that’s it the round is over – no best of 3 here. 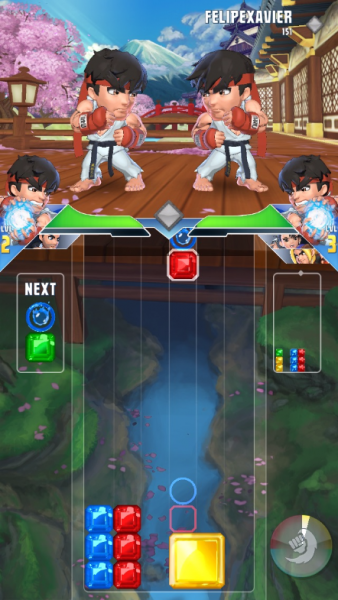 Unlike the ’96 game, 2017’s Puzzle Fighter is primarily focused on real-time competitive rankings. After completing a very basic tutorial that explains the game’s mechanics, players are given one free fighter (mine was Ryu – and judging from those I’ve played online this is probably going to be yours too) and taught how they can level up their fighters using gold earned at the end of matches.  In total there are 11 different rankings ranging from various incarnations of Bronze, Gold and Silver and the game will allow you to freely try out a placement match in any rank.

Offline missions are available, but they come at a cost – cooldown timers. Players are allowed to partake in up to 3 matches before being asked to wait a staggering 10 hours for their freebies to reset. Collecting characters and move-sets are also conversely locked behind paid RNG chests which can only be earned through real money purchases. Winning a round in the online mode will grant a player a free trip to E Hond’s restaurant where he is ready to serve up a dining boat of RNG flavored loot. These dining boats of RNGness are said to be able to contain characters but I haven’t come across this – only earning moves and gold so far. Puzzle Fighter isn’t’ limited to just the Street Fighter franchise either, I had one offline mission reward me with Frank West from the Dead Rising franchise. 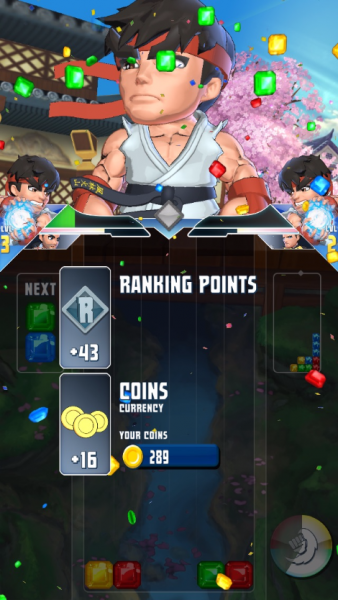 I’m having a lot of fun with Puzzle Fighter but I wish its free to play cooldowns and character rewards weren’t paywalled behind RNG loot boxes and Dragon Boats. Mechanically the game is fun and providing unlimited online mode for free players was a wise decision, I’ve lost more than a few hours at a time to Puzzle Fighter in the past few days. It’d be nice to be able to directly purchase the characters I would like or save up enough gold by playing online. Paid RNG loot boxes are manipulated and something I have a hard stance against. If you want to try Puzzle Fighter casually without putting in money, there’s a fun experience to be had. Just watch out for RNG Gacha.