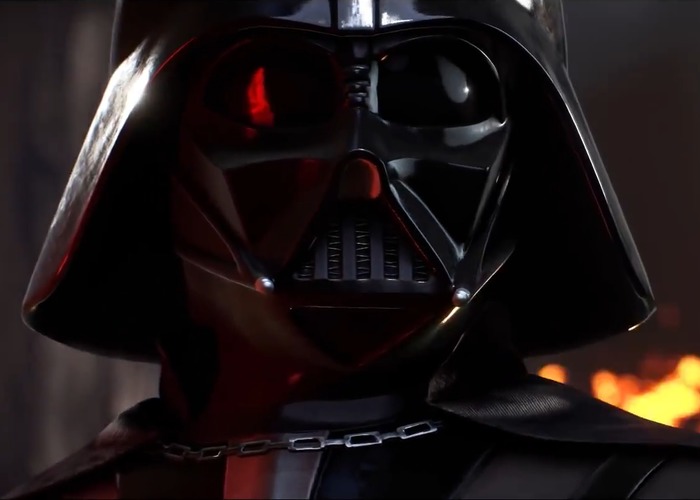 Right now Star Wars Battlefront II holds the dubious honors of having the most downvoted comment in Reddit history and for and kickstarting a conversation throughout gaming communities & tech press alike about the nature of progression and purchasing power within multiplayer-centric titles.

If a listing that briefly appeared on the Australian PlayStation Network is accurate this whole shit show is about to get a little messier with the accidental reveal of a “Starter Pack”. No, it’s not a free to play or price reduced entry into the game’s multiplayer – but rather Electronic Arts selling players power as they begin their epic 40-hour quest to unlock Darth Vader.

For the proposed price of $23.95 AUD (price subject to change, of course, since it was de-listed) you’ll receive a guaranteed 3 rare star cards of an unspecified type and 1500 Crystals for the purchase of RNG loot crates. 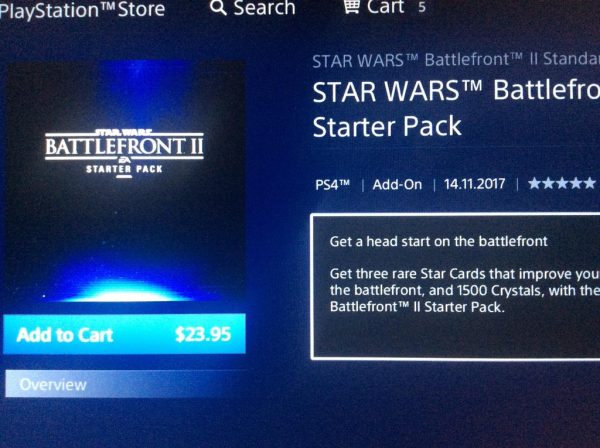 Thanks to the thousands of people who came out to read my early Battlefront II review. I knew it was risky, posting a review based on the Origin trial and before whatever embargo EA has set for those who received review copies or attended a “capture event”.

Here’s what I had to say about my experience with Battlefront II’s multiplayer after ten hours:

“Locking iconic Heroes & other playable characters behind a hard in-game paywall that either requires the purchases of dozens of loot boxes or playing hundreds of multiplayer matches immediately sours the experience…. Don’t buy this game new, don’t pay full price for it, Electronic Arts are going to sell millions of copies based on the Star Wars license alone. Perhaps Battlefront II will also see “success” as an example of how a publisher should not monetize a highly anticipated title. Battlefront II has all of the psychological manipulation and shady practices found within free to play and mobile games and they’re asking you to fork over $59.99 USD for the “privilege””

Star Wars Battlefront II is set to be released on November 17th.. Unless you purchased the ‘Elite Trooper Edition’ for a premium, then you get three days early access.