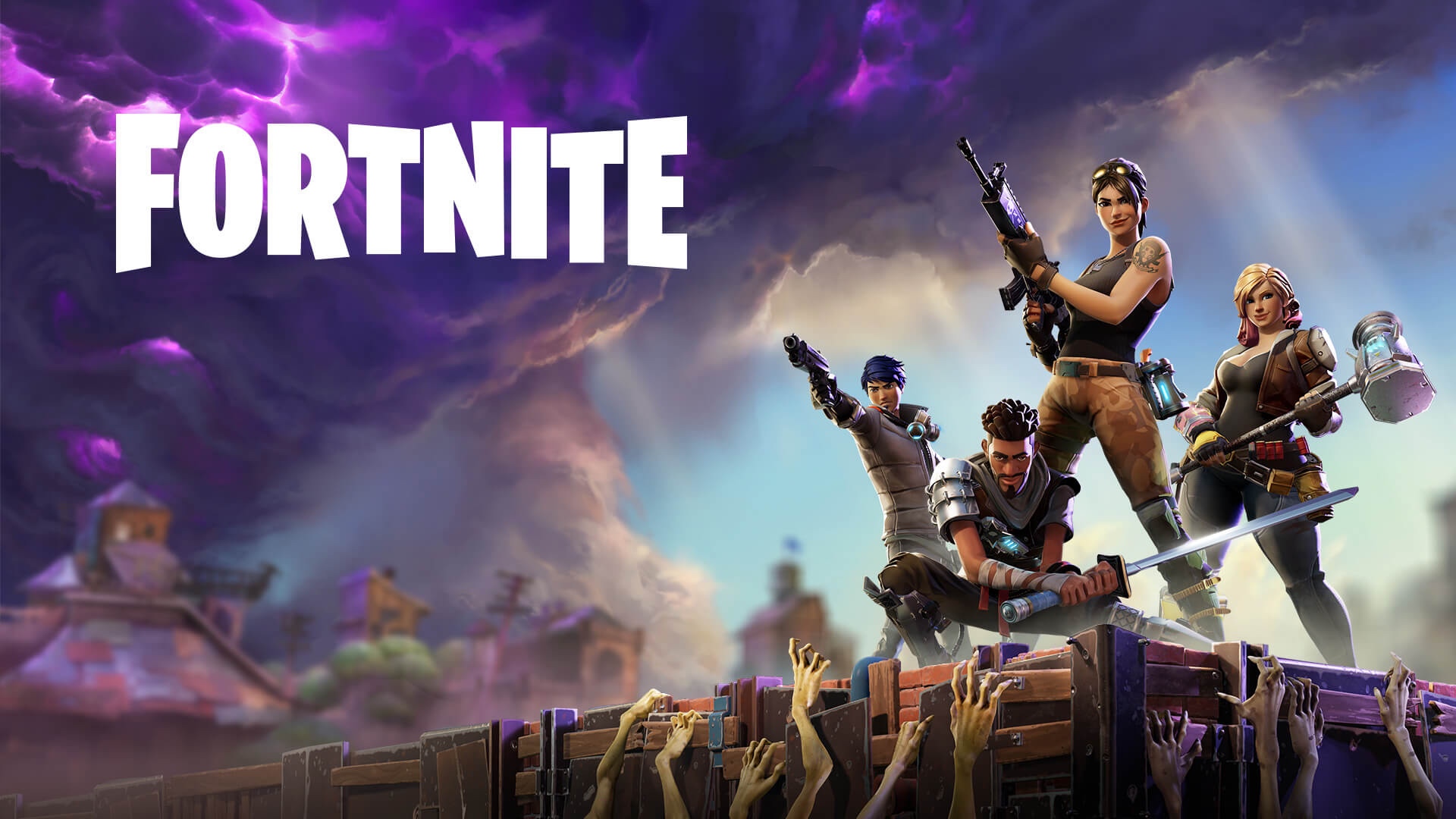 First marketed as a unique crossover between Minecraft’s base building & resource collection and Gears of War’s Horde Mode, Fortnite has been in the news recently for the success (and controversy) of its Free 2 Play Battle Royale mode. After spending countless hours playing the “Survive The Storm” Player Vs Environment mode on two different platforms I’m ready to give my detailed impressions of Fortnite’s PVE experience as it currently exists.

Early Access Disclaimer:  A copy of “Fortnite: Founder’s Edition Standard” was provided by Epic Games for the purpose of this review. No other loot pinatas or other Microtransactions were provided by the publisher.  This review reflects the state of Fortnite’s Player Vs Environment experience as it existed in Late September / Early October 2017. 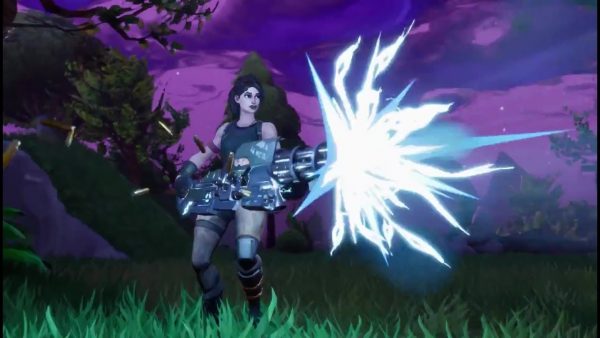 As I sat down trying to summarize Fortnite’s gameplay into a digestible description, I found the game almost indescribable. This isn’t because Fortnite is a bad game – far from it, Fortnite has quickly become one of my daily “go to” game alongside Overwatch and Final Fantasy XIV when I want a multiplayer fix.  It is just that there are so many interlinking systems to be found within the game that it is easy to imagine the unsuspecting player being overwhelmed at first blush.

Activities within Fortnite are divided into numerous mission types where the player must work alongside a team of up to 3 other survivors to secure an objective/survivor / x # of items within a large open chunk of the map and build a well-protected fort before initiating a horde mode-like defense sequence. If this sounds formulaic, it is, but the amount of creative freedom Fortnite affords players when it comes to base construction, strategy and bonus objectives allow each match of Fortnite to feel unique. 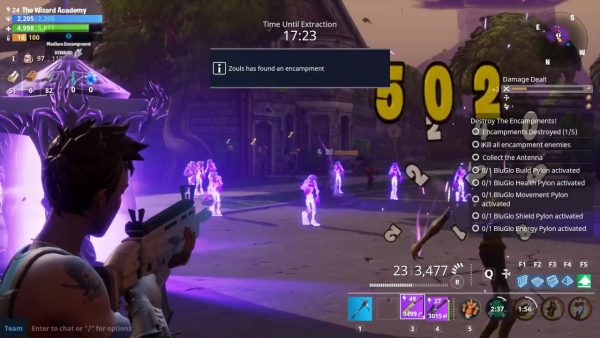 The opening segments of any mission within Fortnite can be thought of as pure chaos – an entire team of people working towards a common goal but each with their own needs. Player A might find the objective before anyone else is ready to begin the Horde mode defense section while Player B is searching for Server Racks to finish their Daily Quest and Player C is saving survivors to bolster their ranks (more on that in the next section). Uncoordinated teams or those with poor communication are often doomed to failure – especially during limited timed events and higher tier missions.

When it comes time for a team to construct their fort to defend their objective what is the best choice? Iron walls with protected by a constructor’s Forcefield? Cheaper wooden walls defended by all four Heroes with Melee weapons? The open-ended nature of HOW teams come to achieve their common goal is one of the beauties of Fortnite. I’ve played the same mission four times and had a different outcome every time: In one instance an entire team built a Zombie funnel with wooden walls lined with spike traps and on the same mission in another team we lined the front of our fort with jump pads which would cause the Zombies to fly into the air and land to their deaths. 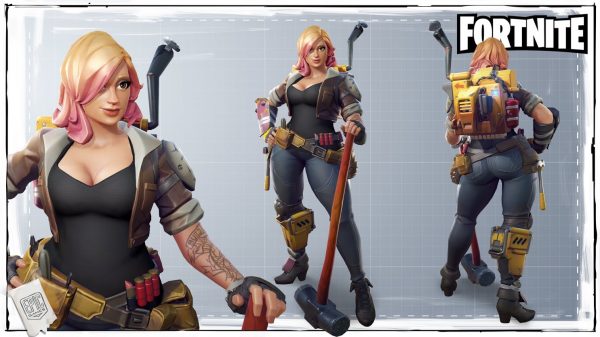 Forts can be broken down into 4 basic components: Floors, Walls, Roofs, and Traps (which can be placed on either the Walls or Floor). Every Hero shares the same four basic kinds of Floors Walls and Roofs – Iron, Wood, and Stone but a team has to consider how much of each resource they have on hand. Each player can carry a maximum of 999 of each resource and the inventory for these is persistent between matches but when you begin reinforcing a well-constructed fort with Tier 2 or 3 defenses, individual resource pools can dry up rather quickly.  I lost more than a few missions simply because our team hadn’t brought enough resources to secure our entire Fort design and the back of the Fort was nothing more than a couple of timber pieces nailed to the wall.  Just as communication is key to WHEN an objective should be claimed, it is also just as important when it comes to fort design, which portions to upgrade and the team’s defense strategy.

Managing Statistics Is A Game In of Itself In Fortnite 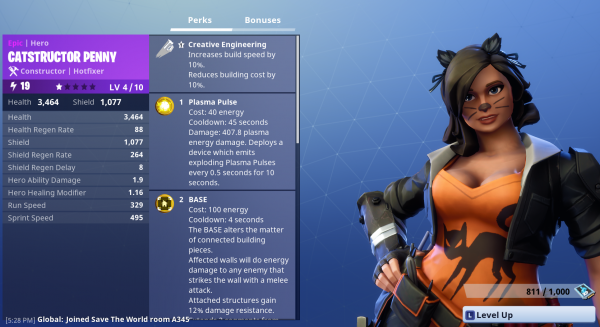 Once the action has calmed down, the heroes have saved the day and completed their mission what is there left to do in Fortnite? It turns out quite a bit, as long as you don’t mind managing and manipulating various statistics.  When not in a combat scenario players are encouraged to level up their playable heroes, manage groups of survivors who provide party wide buffs and additional boosts and spend their skill points. This probably sounds a lot like the back-end busy work of managing a party within an RPG, and not a shooter, yup, one of the most difficult things about Fortnite can come from deciding what type of build you’re going for and not the terrifying monstrosities of the storm.

Leveling Up Heroes– Fornite’s heroes don’t just have a unique look and personality too them. All of them can be divided amongst four key categories: Constructor, Soldier, Outlander, and Ninja. Each class has its own strengths, for example, Soldiers can lob explosive grenades and have a buff to ranged weapon damage while Ninja’s gain a double jump and bonus to melee weapon damage. It is possible to pull two identical heroes with the same rarity (more on that in a bit), name, type & level yet still have them be different thanks to the randomization of the passive abilities that each Hero possesses. As you level up your playable heroes using XP from Llamas & missions you’ll gain an assortment of randomly tiered passive & active abilities.

Managing Survivor Squads  – Survivors are non-playable “characters” that can be thought of more as collectible baseball cards than characters you’ll see in the game world. Sometimes after completing a mission, you’ll be rewarded with a handful of “survivor cards” & they can also be obtained from the Llamas for real-world cash as well. Each survivor has a “personality type” and “profession” and it is up to the player to slot these survivors into the appropriate squad (Tech, EMT, Firearms, Base Defense etc) to maximize their potential stats boosts. The higher the levels on your particular squads, the larger the passive boost from that squad and just like Heroes, Survivors are leveled up with their own unique form of XP points.

Spending Skill Points / Research Points  – Skill points are accumulated passively regardless of whether or not you are playing Fortnite. Spending Skill Points on one of the four research trees allows you to gain purely passive buffs such as a small addition to your party’s fortitude, damage or build time or increasing a number of total items that you can carry.

Recycling Duplicate or Fully Maxed Out “Cards” – Heroes, Weapons, Traps, and Survivors all come packaged as “Cards” complete with statistics, an independent level and Rarity. It may not seem important when you first start playing the game but the rarity of a card essentially determines how far into the overall progress that you can use it. After several dozen hours I’ve reached account level 25 and am doing missions that are rated for Heroes at power level 40. From my experience, it seems that Green (or uncommon) weapons and heroes max out around this point and I’ve started recycling them into the few blue (rare) drops that have the same type. Once a particular card has reached its maximum level and is no longer useful to you, or you have a duplicate, you can recycle individual cards into the various XP types and feed that gained XP into newer items. 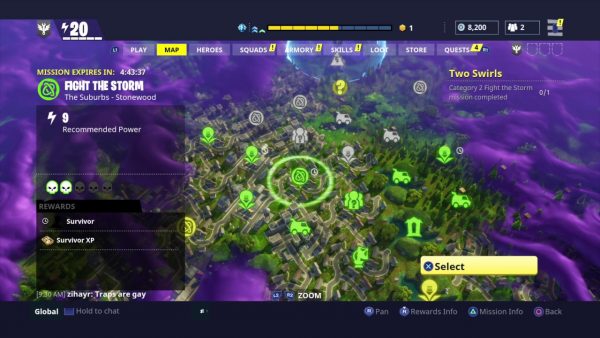