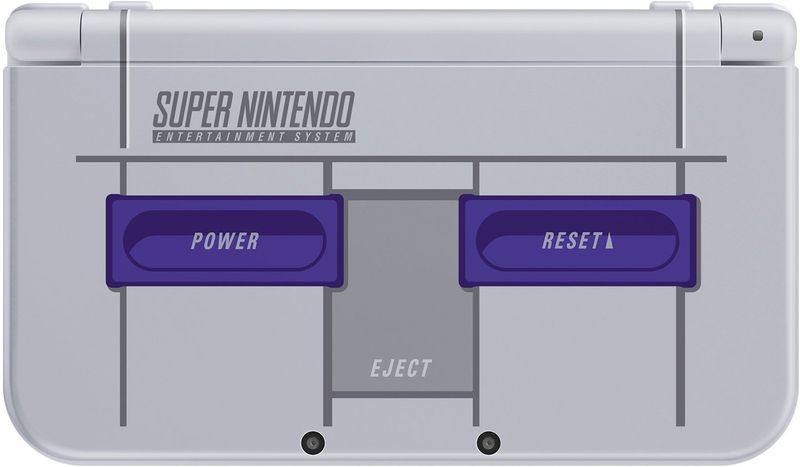 Not simply content with mining the nostalgia from our collective youth with the recently released SNES Classic Mini, Nintendo of America has confirmed that the previously Europe exclusive ‘New 3DSXL: SNES Edition’ will be coming to our shores on November 27th.

No word yet on if you leave your New 3DS XL SNES Edition in the sun if it will turn yellow like the SNES’ of yore.

The yellowing color of many early SNES units was actually due to a fire suppression chemical being mixed incorrectly when the plastics for the body were produced.
[Image source: VintageComputing.com]

The New 3DSXL SNES Edition will come bundled with a download code for the SNES classic racer Super Mario Kart and will retail for $199 USD.