Electronic Arts are set to expand the line-up of free games on both Origin Access (PC) and EA Access (Xbox One) according to official-looking descriptions posted by industry insider Wario64 on Twitter. These reports were seemingly confirmed by other outlets including GameSpot later on in the day.

The full version of Bioware Montreal’s freshman effort Mass Effect: Andromeda will be joining the vault on PC. Issues regarding the game’s facial animations and overall performance made for quite a lot of meme-worthy content when the game was first released earlier this year. After several patches, Andromeda is a better state now but this hasn’t stopped EA from putting the breaks on the series for the foreseeable future. 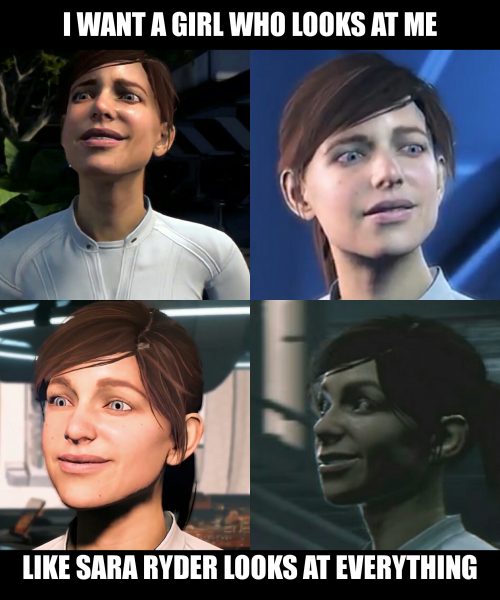 Upcoming new releases Star Wars Battlefront II and Need For Speed: Payback will get pre-release trial versions for EA Access members. Need For Speed will get the customary 10 hour trial before the street date but no word yet on how long Battlefront II‘s trial will be or if it will only include a limited sub-set of content. The original Battlefront received a ten-hour trial on both Xbox One and PC before the full version was included in the vault several months later.

Xbox One fans receive the full version of Dead Space 3 along with a trial version of the upcoming console port of The Sims 4.

Here are the official game descriptions as originally shared by Wario 64:

Mass Effect: Andromeda – You’re the Pathfinder, the leader of a squad of explorers, and it’s your job to find a home for humanity in the alien Andromeda Galaxy. Bring together a team of colorful characters, discover new worlds and unravel the ultimate secret at the heart of this strange new system.

Need for Speed: Payback Play First Trial – Divided by betrayal and reunited by revenge, you and your crew join forces to take down The House, a nefarious cartel that controls the city’s casinos, criminals and cops. Craft unique rides, escape the heat in epic police chases, and go head-to-head with other racers on- or off-road – all before launch for a full 10 hours.

The Sims’ 4 Play First Trial – The smash-hit life sim is on its way to Xbox One Create unique Sims, build their perfect home and help them pursue their dreams. It’s up to you who your Sims will become and the direction their stories take, and you can start writing their stories before launch day.

Dead Space 3 – You awake on a space station to find yourself hunted by crazed cultists and deadly reanimated corpses – and it gets worse from there. journey across the icy planet of Tau Volantis, overcoming the violent wilderness and an army of deadly enemies to save mankind from the impending apocalypse. Now the entire Dead Space collection is available on EA Access and Origin Access!