When Ubisoft and Nintendo decided they wanted to join forces to create a mashup of two great franchises, both had some great characters to chose from. The most obvious choice of franchise from Ubisoft would have to be the Rayman franchise and Nintendo could never go wrong using Mario to contribute to a game. One might think Ubisoft would use Rayman himself to team up with Mario and the Mushroom Kingdom crew and also his colorful friends such as Globox, Betilla the Fairy and maybe even an Annetta Fish, but then Ubisoft surprised everyone by using one of the most polarized groups of characters ever created, the Rabbids. Some find them charming, some find them insufferably annoying, but it was certain they would get attention, scrutinous or otherwise. As the gaming community raised an eyebrow at this bizarre concept, many questioned if Ubisoft had made a terrible mistake; only the final product of Mario + Rabbids Kingdom Battle would tell us if it was. 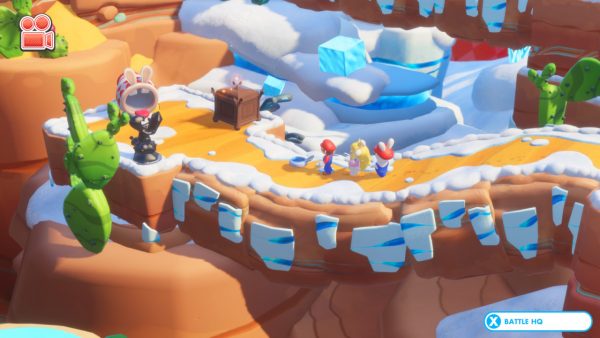 One surprise was the backstory of this mashup. In a complicated scene, we find that a young inventor who is a big fan of Mario has created a device that can combine two items into a single entity. This device is called the “SupaMerge helmet”. As fate would have it, the Rabbids enter the scene, causing mayhem like they usually do, and end up combining themselves with some beloved Mario characters and then creating a vortex that takes them to the Mushroom Kingdom. This disrupts the Kingdom immensely and now the Mario crew and the nice Rabbids must put it all right by defeating enemies, both Rabbid and Mushroom Kingdom. 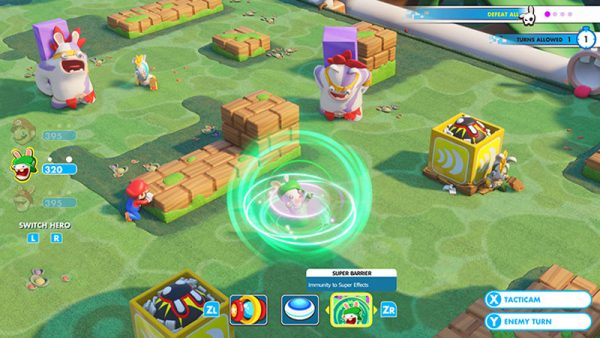 The game is a turn based tactical game, much like X-Com. You move your characters in a grid formation based on how you want to attack the enemies, hide from the enemies or defend your fellow party members and proceed with your turn and fulfil whatever winning criteria is given to you. This could mean defeating all enemies, defeating a particular number of enemies or reaching the other end of the map. You have special abilities for your characters are level up and special secondary weapons that are available to you. I was personally a huge fan of Luigi’s sentries and vacuums as well as Rabbid Peach’s Sentries which follow an enemy and do a large attack by blowing up a certain area, causing damage. It is especially useful if you need to keep your distance from certain enemies that get extra moves like the smashers. If you are afraid that this game might be watered down from other turn-based strategy games or not challenging enough, you will be pleasantly surprised by Mario + Rabbids. There is a fair amount of challenge in this game without being overwhelming or terribly frustrated and if you are not familiar with this style of game or are in a tough situation, you can trigger an easy mode to get you through to the next level. Alternatively, if you find the game too easy, you can play on a higher difficulty. This game caters to all types of gamer preferences. I personally stayed on normal mode and found it enjoyable. There are also some interesting puzzles along the way to solve in between each level. They aren’t particularly hard but do keep the momentum going. 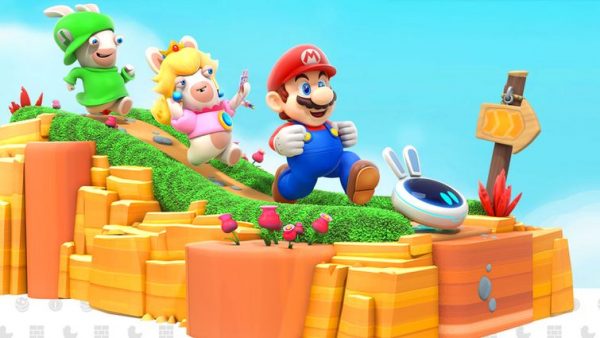 Where the game loses me is the concept itself. The idea of combining Rabbids and Mario is very jarring and it never really immersed me. I feel you could have replaced both of these and still had the same game. If this was a purely Mario turned based tactic game, it might have seemed to make more sense, or if it was even just a Rabbid/Rayman game it would have been better, but the combination just doesn’t work together. I found the individual characters fun and amusing and Ubisoft redeemed the Rabbids for me with the Peach Rabbid in particular, but the whole finished project just never hit home for me. Over all, this fun and worth playing and a great addition to the turn-based tactical genre, even if all elements don’t completely work. If you are looking for a well made turn-based game, you should pick this up for the Switch.