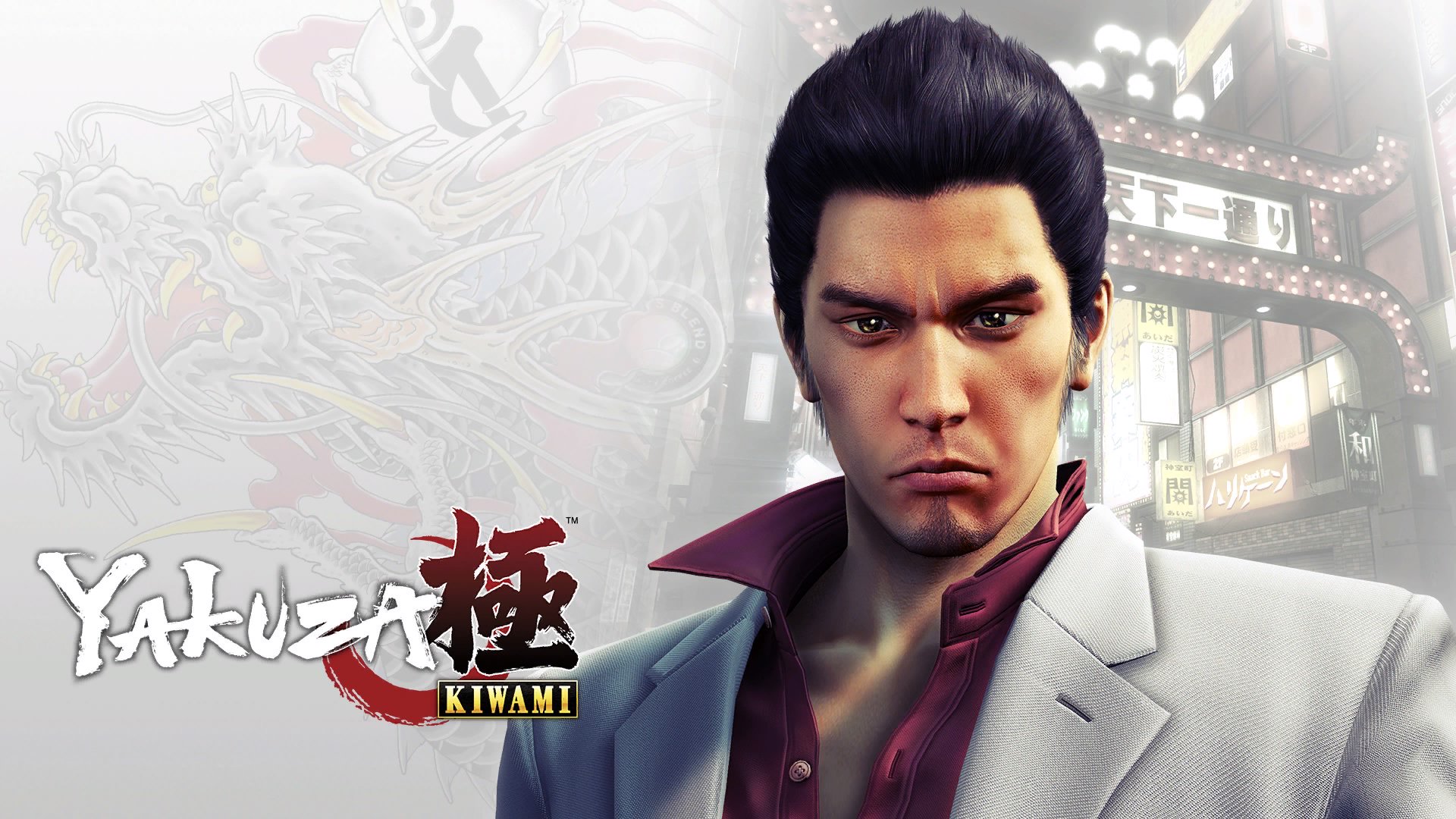 An immediate warning to prospective players is in order – Yakuza Kiwami has depictions of violence and aggressive harassment of women, both implied and on-screen, so keep that in mind before playing if you are affected by such things. As well, there are displays of intense gore and mutilation which can be upsetting.

Our protagonist is Kiryu Kazama, who is fresh out of prison after taking the fall for the murder of the Patriarch of the Dojima family. Paroled after ten years of model inmatehood, he returns to Kamurocho and finds himself pulled into a wildly changed Yakuza. Power struggles have broken out among the remaining Yakuza families, and caught up in the middle of it all is his childhood friend Nishkiyama who is now a family Patriarch himself, having gained a ruthless ambition in the wake of Kiryu taking the rap for his crimes. 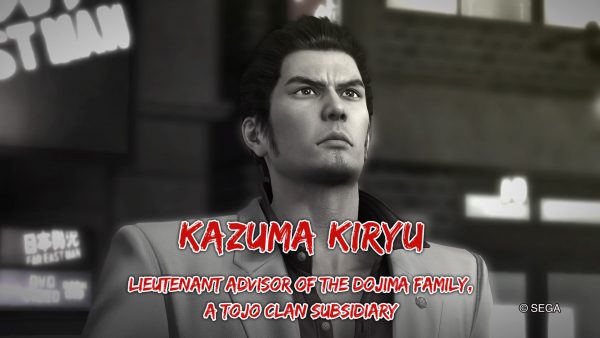 With these pieces as a setting, Kiryu is let loose to discover the plots surrounding his loved ones, in the only way he knows how – violence. And Kiryu is extremely gifted at the liberal application of violence. He punches, kicks, stomps, throws, swings blades, and smashes thugs with bicycles and more throughout the city. Encounters crop up through the city as you run around, including the ever-looming specter of Kiryu’s rival, Goro Majima.

Majima Everywhere is one of the most fun parts of the game. He can pop up anywhere in the city with a sing-song “Kiryu-chaaan”, ready to challenge his stoic rival and test to see if Kiryu’s skills have grown to match his reputation as the Dragon of Dojima. These fights unlock Kiryu’s skills in his Dragon style, so in addition to normal leveling up, to truly master being Kiryu Kazama, you must engage with Majima.

The game hits some lulls when the narrative shrinks things down and removes the degree of openness the game has. Yakuza games shine when something ludicrous is happening on-screen, and searching for an item on the pavement isn’t particularly interesting, especially without the prospect of fighting anyone for a while. These segments aren’t difficult but if you have trouble finding what’s needed it really breaks the flow of the game.

When it’s open though you really get to experience the variety that Yakuza games have come to be known for. While traveling from plot to plot, you will find yourself distracted by fights, games, fights, sidequests, fights, bars, restaurants, and fights. Head to a bar and shoot some darts, have a drink, then make your way to karaoke – all of which will net you experience points and thus lead to improving Kiryu’s skills. 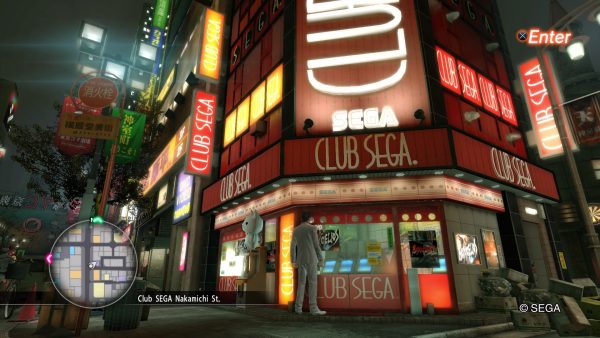 There is a very strange minigame I feel I have to discuss. In your travels, you will begin to find trading cards with pictures of ladies in swimsuits and bug hats. These you can then use to have weird rock-paper-scissors matches, complete with 3D modeled and animated wrestling holds between the scantily-clad women in an arena surrounded by bugs. It’s absolutely bizarre.

Combat though – oh the combat is where Yakuza Kiwami excels. Kiryu has an enormous variety of moves and combos to perform, which only gets more involved as you level up his skills. There are four styles to switch between, each with their own strengths and weaknesses, and knowing when to use which and when to switch is key to major fights. The Rush style is about fast combos and dodging rapidly, the Brawler style is the balanced option, and the Beast style is tanky and has an emphasis on breaking nearby objects over your opponents. The fourth style is Kiryu’s Dragon Style, which features unique and powerful abilities, but can only be trained by fighting against Majima.

Yakuza Kiwami is a game that manages to balance its bombastic, ridiculous, and grim elements very well. It can seamlessly carry you from winning dolls out of a crane game for a businessman to give to his… “daughter”, to kicking a road cone and knocking out a group of thugs, to smashing an assassin’s face against a wall with your fist in a span of minutes. It is extremely violent, extremely silly, extremely bizarre, and extremely fun if you can get past the uncomfortable elements. “Kiwami means extreme!” indeed.

Yauza Kiwami’s publisher SEGA USA provided us with a review code for our consideration.