Fire Emblem Heroes has been updated to version 1.6.0 today and the update comes with some changes, improvements, and additions to Nintendo’s mobile game.

Here’s an update from the Fire Emblem Heroes development team about the new additions for ver. 1.6.0.

Starting with the Summoning Focus: Cecilia & Lilina’s Battle event beginning August 7th at 3:00 pm ET, all sumoning events will allow players to perform their first summon without having to use any Orbs. 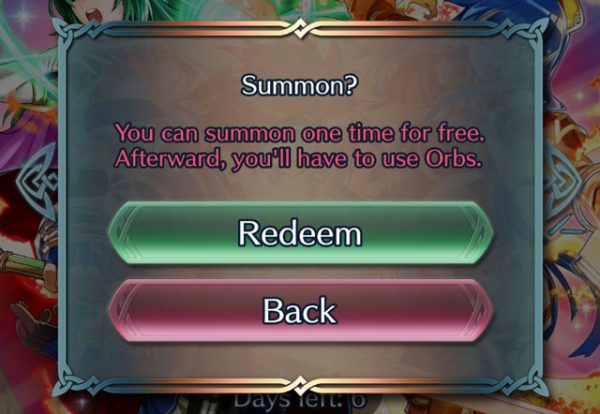 A new function called Catalog of Heroes will be added to the game. You can view the dialogue played when Heroes are summoned, their 5★/Level 40 conversation, and more, whenever you want.

Catalog of Heroes will only begin to track silhouettes of Heroes you’ve met starting from the 1.6.0 update. 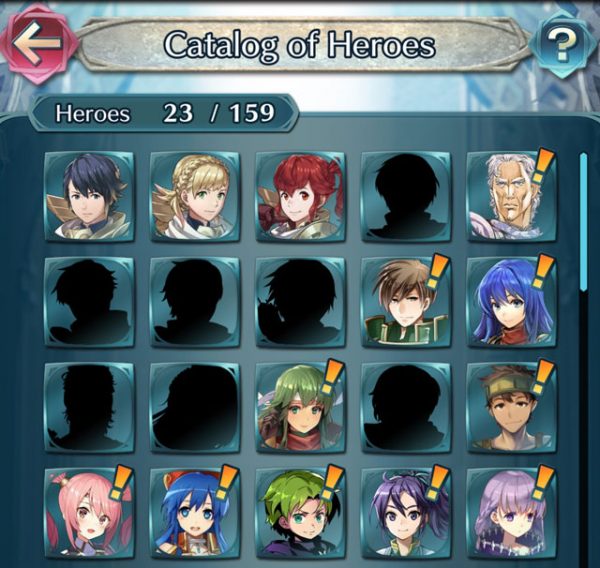 A new mode called Arena Assault has also been added. This new Arena mode has a new rule: It will not end until either all your Heroes are annihilated or you win seven battles in a row.

Also, once you deploy a Hero, you cannot use them again until you’ve made it to the end of the Arena…or a game over screen.

Just like in normal Arena Battles, seasons are one week long. There are no Bonus Allies, which means everyone can bring out their strongest teams. And Arena Assault doesn’t cost stamina, so you can keep on playing as much as you’d like.
EXP, SP, and Hero Merit can only be earned once each day in Arena Assault.

Updates to Tempest Trials to make the mode easier to play and balance adjustments will made with new functions to be added. These changes will take place on August 11th at 3:00 pm ET —starting with the next event, Tempest Trials: Reunited at Last.

Here are various other improvements being added as well:

Here is a calendar of upcoming events in Fire Emblem Heroes. 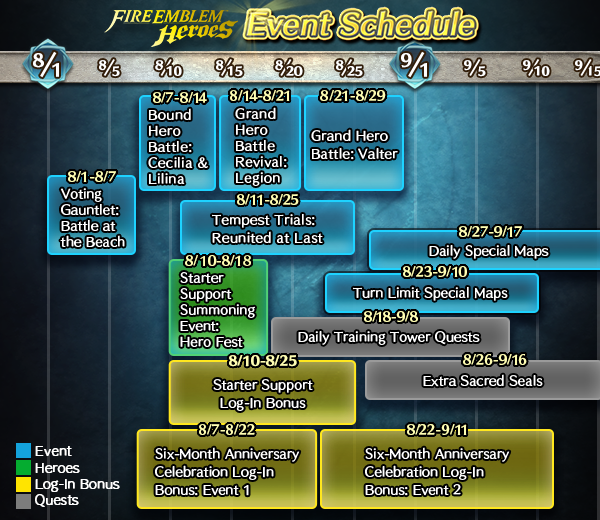