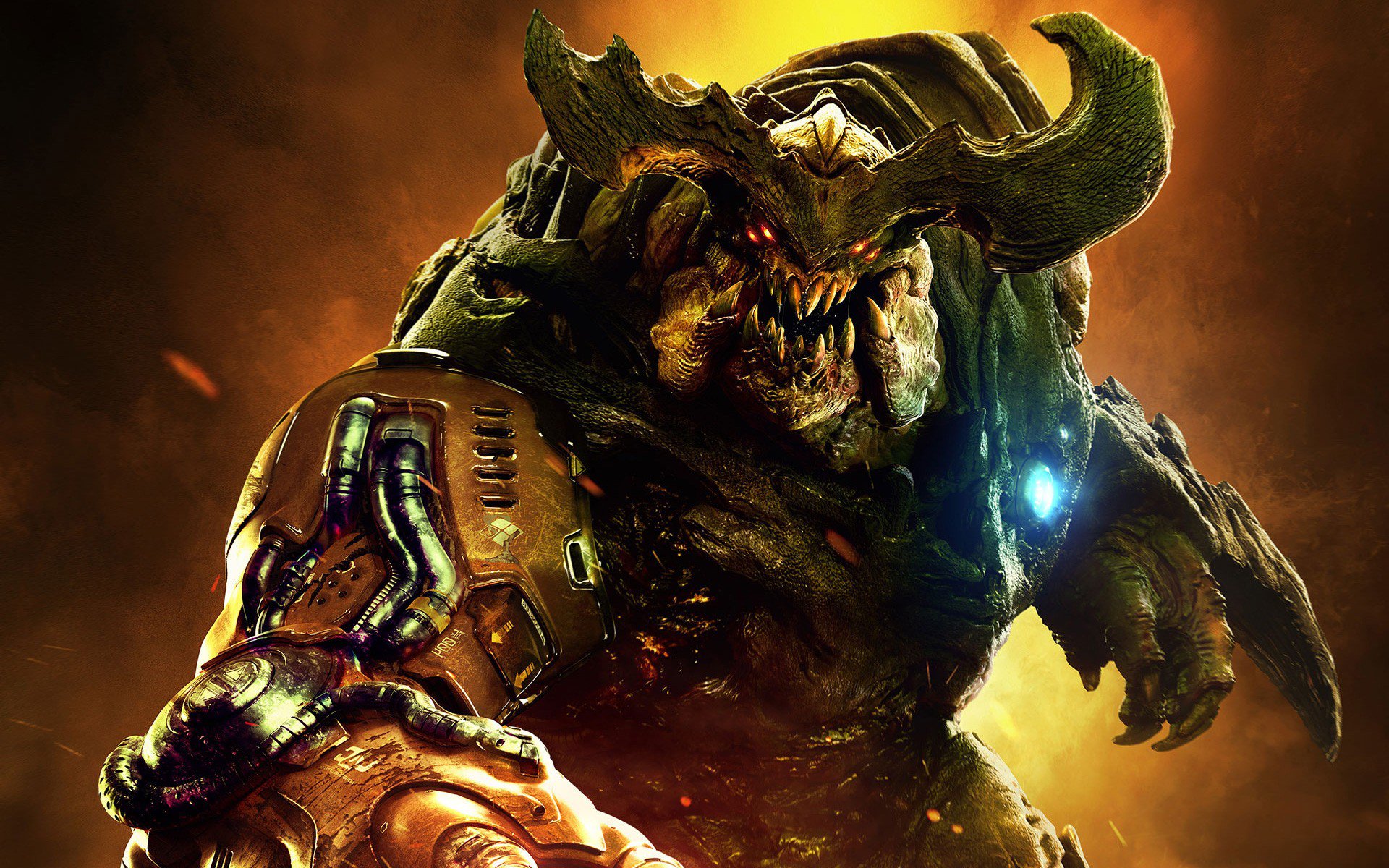 Last year’s Doom reboot was both a critical and commercial success that build upon the gruesome nature of the franchise’s past while introducing new mechanics like weapons with secondary modes and dismemberment. Before the “back to basics” reboot of “Doom” there was a numbered sequel in development at id that would see multiple iterations and reboots in the midst of a buyout by Zenimax (owners of Bethesda).

Detailed in an excellent piece by Kotaku’s Jason Schreir in 2013: The project then known as “Doom 4” entered development sometime in 2007 and continued until ZeniMax acquired id Software in 2011. At one point in development, Doom 4 was internally jokingly referred to as “Call of Doom” – featuring more realistic weapons and scripted hallway sections akin to Activision’s Call of Duty titles.

Quoting a source in Jason’s article:

“There were jokes like, ‘Oh, it’s Call of Doom.’ They referenced it because of the amount it was scripted—there were a lot of scripted set pieces. There was kind of the recognition that in order to be a big shooter these days, you have to have some amount of the big, bombastic movie experience that people get pulled through.”

We haven’t seen much of the 2007 – 2011 “Hell on Earth” version of Doom 4, showing what would happen around the world if the Demonic forces made it through the dimensional vortex onto the soil of a futuristic earth, rather than the red sands of the Moon Base.  A new video posted by YouTuber Alternative Gaming Channel shows us a blurry demo reel of weapon animations, finishing moves and crowds of (presumably) rebellion NPCS taken from this cancelled version of the storied shooter.

What do you think? Despite the five years of development hell and the clashing tones of a set piece driven gameplay style and shotgun fueled mayhem – would you have played this version of Doom? It didn’t make it past various prototype builds from the sounds of things but I’m hopeful that if Doom (2016) gets a sequel we at least revisit the idea of humanity’s response to the demonic horde. Following the older 90s Doom cannon that is where things should go, and being on Mars for the second time wouldn’t be all that different from the first game.

After publishing this article I was reminded of the NoClip documentary that was released just after Doom (2016)’s release last year. In the documentary, the team speaks with developers who have been with id since the Quake III and Doom III days.  They go through what the 2007 Doom 4 project was – confirming it made its way development to the point of being one of three fully formed teams at id. Eventually, the ax came down when management and Zenimax were dissatisfied with the direction of Doom 4. This decision wouldn’t just cost them Doom 4 but also an in-production sequel to 2011’s RAGE as the three teams were merged together into a single whole in order to complete the DOOM that we eventually got.