Square Enix is making a lot of exciting to Final Fantasy XIV with the release of Stormblood in two weeks time. A Japanese fan of the game has taken all of the tool tips, ability changes and additional actions and compiled them into an interactive hot bar simulator that you can try right now. It supports both the standard horizontal bars layout and the controller friendly cross media bars.

I’ve already played around with it and put together my bars for my Bard when I get her to 70s. With the changes to current songs, the removal of wide volley and the fact that the old song abilities have been split into three new abilities separate from songs – I had to do a lot guess work and thinking about where exactly I wanted my abilities to be. I’m still not 100% sure I want my AOEs like Rain of Death and Quick Knock on the second bard but I won’t know for sure how comfortable this is until Stormblood goes live on June 16th.

If you’re a current player make sure to check out the simulation tool here, just remember everything is in Japanese. 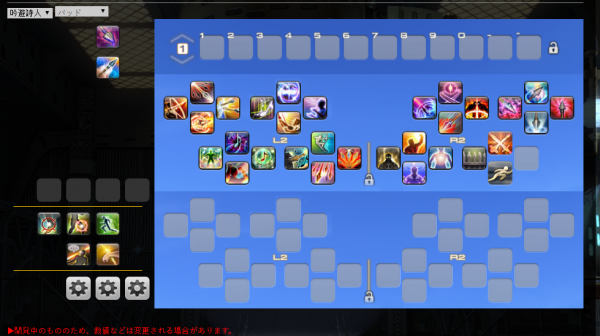