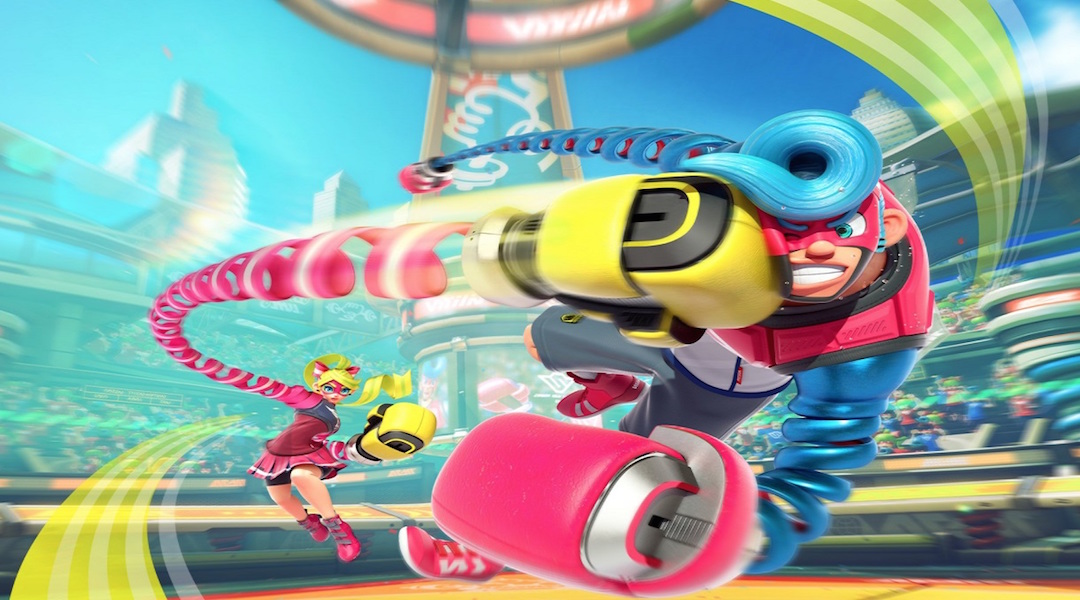 Nintendo’s bizarre upcoming brawler ARMS will be playable for free during two different ‘Global Test Punch’ events taking place from May 26th through 28th and June 2nd through 4th. Like the Splatoon 2 Global Testfire before it the ARMS demo will have 10 hour long slots where players can login and duke it out online against other Nintendo Switch owners.

Here are the Global Test Punch times as tweeted by Nintendo earlier in the day: 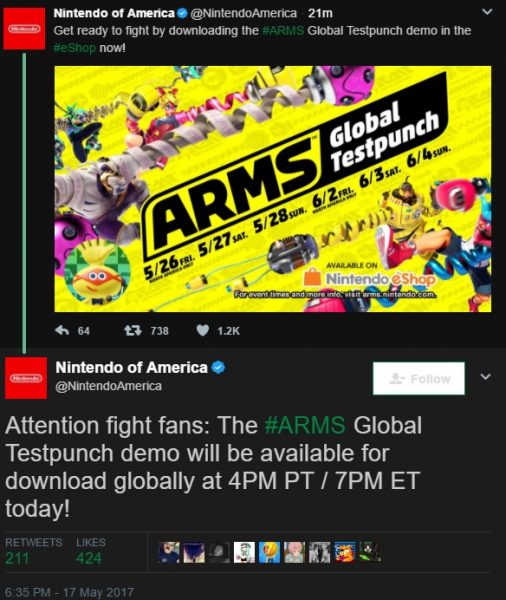 Other details about ARMs were also released during today’s Nintendo Direct including specific details surrounding online modes, what single player and versus modes will be available and how ARMS fighters can be customized.

Below you’ll find a rundown of all of the game’s multiplayer modes as summarized by the folks over at SKNR.net:

Multiplayer Gaming: Playing with friends either locally or online is easy when using one of the various multiplayer modes in ARMS. 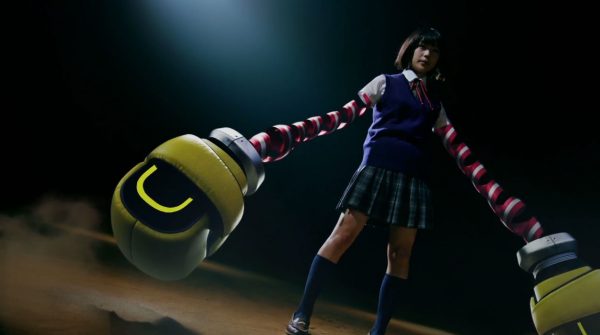 ARMs’ Versus Mode will include a versus mode which will allow two players to battle it out one on one. While a match is in progress items and assorted power-ups are dropped into the arena for combatants to use. Team Fight is similar to versus but allows opponents to select a team of two instead of a single fighter.  Hoops is Arms’ take on basketball, challenging players to knock a ball into a net (although this should be kind of obvious). Honestly, I think the most interesting mode is the 1 Vs. 100 mode (and no it has nothing to do with the Xbox Live Arcade game of the same name) – it challenges players to defeat 100 opponents in a row, fighting game ‘survival mode’ style.

If you missed the Nintendo Direct be sure to watch it in the player above from Nintendo’s YouTube channel. At the end of the Direct, they also revealed the Splatoon 2 Single Player ‘ Hero Mode ‘ which Jason already covered earlier this evening. If you’d like to give ARMs a shot during the Global Test Punch the client is already available for download in the Nintendo Switch E-Shop and clocks in at just over 1.4GB.