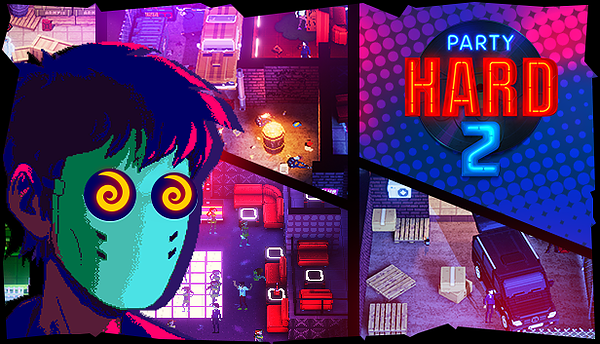 Tinybuild has released a public alpha version of their upcoming 2D slaughter-fest Party Hard 2 on both Windows PC and Mac. Fans of the first game, as well as newcomers, can try out the gameplay that developer, Pinoki Games, is working on. Even at this early stage of development both the publisher and developer seem confident in what this sequel has to offer.

Party Hard 2 Alpha 1 allows players to explore a nightclub environment as a “masked maniac” with a number of objectives. Differing from the formula of the first title, which required players to eliminate all targets, Party Hard 2 provides a number of different targets to chose from. Other enhancements in PH2 include the ability to see interactive objects in the game environment, an instant kill ability and the player character can now also carry up to 3 items.

Don’t have time to download the alpha for yourself? Check out 3 minutes of direct gameplay that TinyBuild has uploaded to YouTube:

Here is the official announcement tweet annoouncing the availability of Alpha 1:

Lastly here is a couple of GIFs of PH2 in action:

Pre-ordering Party Hard 2 on the official website for $19.99 USD guarantees access to additional alpha builds as well as the full version upon completion.