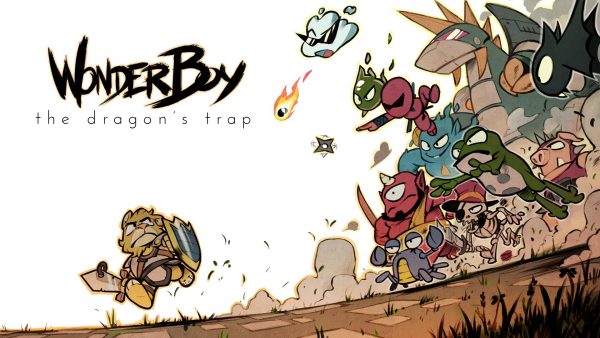 Back in the ancient year of 1989, there was a game called Wonderboy III: The Dragon’s Trap. This game was the third in the Wonderboy series, brought to us by Sega. These platformer/action adventure games about Wonder Boy trying to undo the curse that changes him into various monsters was well received and given a lot of love by critics and gamers alike.It was praised for its beautiful, colorful sprites and backgrounds, its challenging gameplay and overall fun. Fast forward to 2016 and an indie developer Lizardcube and publisher DotEmu announced a remake of Wonderboy III, appropriately calling it Wonderboy: Dragon’s Trap. Now, as of April 18th, 2017 the remake is released. Was this remake worth the effort? Did it do the original justice? And is it worth the price? 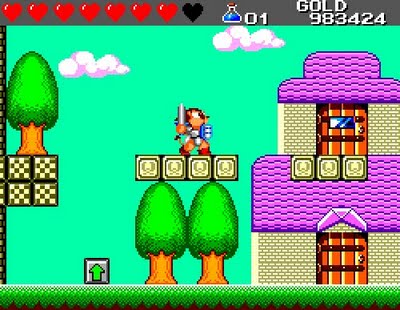 The first major difference to be noted are the graphics. Lizardcube gave the game a complete overhaul and new style. Still bright and colorful, but more of a gradient and definitely less blocky than the original. The models look far more like the animals and humans they supposed to be and the detailing has been greatly increased. This is only logical considering the advances games have made graphically, but the style stands on its own merits. It has a cute, super deformed style for the humans and a smooth, round, chubby look for the rest of the enemies and characters. This was definitely an upgrade from the original. You can even see a comparison by switching from the “retro” style to the remade style. I switched back and forth multiple times and was astounded at the change. It made me appreciate Lizardcube’s efforts even more. The animations were more realistic looking too. Sword swings looked smoother, the fire faded the further it traveled and had more of a gradient in color and the facial expressions on enemies as they were hit was extremely satisfying. 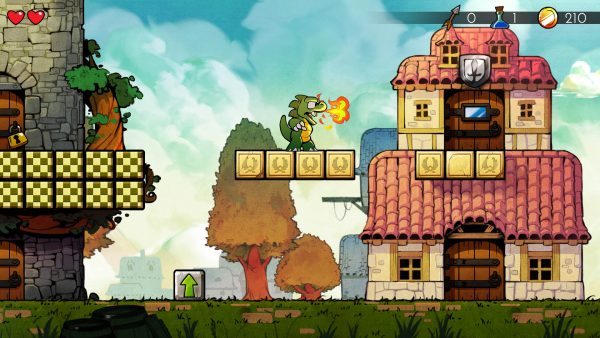 Not comparing it to the original, the game for me still stood on its own. It is a challenging action platformer. You make your way through each level, fighting various colorful enemies until you reach a boss; unfortunately, this boss will inevitably change you into a beast of some sort. Wil you be a lizard? A mouse? A lion? Who knows what each new form you will take. What I enjoyed most was the new skills each form gave you. It made each level fresh and not as repetitive as a retro platformer can tend to get. I also loved that you could go to previous levels and use your new skills to get to new areas you couldn’t previously. My only complaint came from some of the controls not doing exactly what I wanted when I gave the command. Sometimes jumps wouldn’t stick correctly or an attack hit like I expected it to. It didn’t happen for most of the game and overall the experience seemed fair, although quite challenging as a retro gaming experience should. 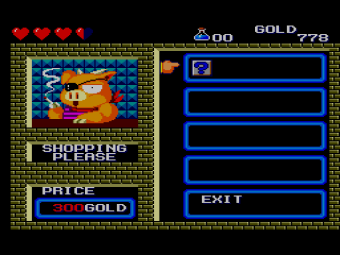 After all is said and done, this is a wonderful remake and action platforming experience. If you enjoy old school gaming experiences, this is definitely worth the price. The beautiful art, whimsical soundtrack and fun gameplay make for a full, enjoyable experience that will take you back in time with a fresh coat of paint, or you could even have the full retro experience if you wish. It is worth the price for fans of platformers looking for just a little more than a straight port of a nostalgic favorite. Customers can buy this game for the PS4, Xboxone and in June it will be available for the PC. Go wild and have fun!