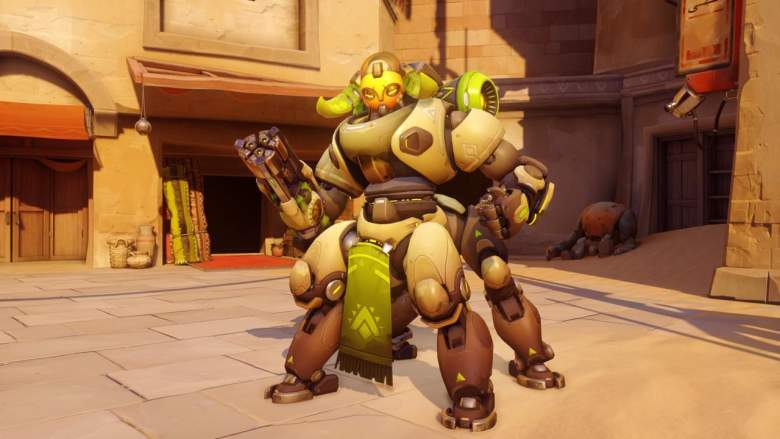 Blizzard surprised everyone by unleashing a brand new tank for Overwatch during GDC. While I did not get much time with OW’s second Omnic, Orisa, during the convention – now that things have calmed down somewhat, I feel that it is time to dive into the experience that I have had with this Gatling Gun carrying defender and how she differs from the available roster.

Orisa is a specially customized Omnic OR-15 unit modified by the child genius Efi Oladele to protect her city from the assault of Talon member, Doomfist. Unlike her contemporaries Orisa possesses an advanced artificial intelligence program, built by Efi, which gives her the ability to tell the differences between right and wrong. This sense of morality allows Orisa to organically learn from her experiences and discern what may be a threat to herself, her people and her creator.

As a tank Orisa might feel like a combination of Bastion, Reinhardt and Zarya at first glance but after several matches playing with or against her it is clear that she is not analogous to any one particular existing hero. Certainly there are pieces of her kit that do feel like modified versions of other heroic abilities but none of them are direct copies. For example: her frontal shield can block incoming fire defensively, like Reinhardt but the fact that it has half of the health of Reins and no mobility changes up how you would use. The same goes for her graviton surge like secondary fire which will pull enemies towards the blast. Unlike Zarya’s ultimate these small bursts of magnetic energy dissipate within a second or two and are really only large enough to affect one opponent at a time. To sum it all up – Orisa’s kit doesn’t feel like Blizzard is aping their own work but rather drawing inspiration from what works with other heroes and finding new ways to make these abilities work within the tank role.

Facing off against enemy Orisa players it became quite apparent that some heroes have an advantage against her when compared to others. Matching up a Tracer vs Orisa will surely end in the Tracer being quickly murdered with the chaingun unless she can quickly plant her smart bomb on Orisa’s back (a strategy that can also apply to stationary Bastions). Orisa’s fortify ability also allows her to negate certain ultimates and stationary traps. A fortified Orisa can simply walk over a Junkrat trap, take damage but take no movement penalty. Likewise, if you are playing Reinhardt and try to use your ultimate on a fortified Orisa, there will be no effect on her. One thing I did find interesting is that Sombra’s hack ability does work on Orisa’s damage amplifier ultimate, effectively canceling it. 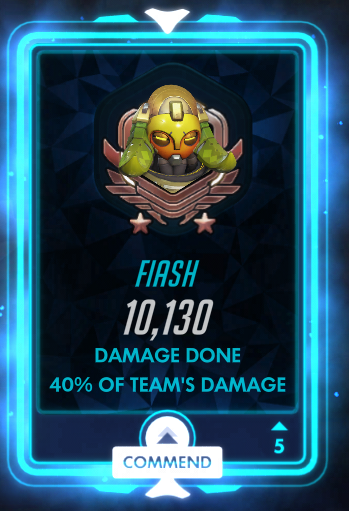 Overall I’ve had a lot of fun playing with Orisa and I can’t wait to see what she does to the games’ meta once she goes live. Some of the strategies I am used to using when playing Bastion, such as mounting on the top of the payload on Kings Road, work with Orisa with the added benefit of her frontal shield and fortify ability.  It should be noted that these impressions are based upon the current Public Test Realm version of Orisa and are subject to change before she goes live on the production servers in a couple of weeks. If you want to do some in-depth reading in regards to counter strategies for Orisa before she comes to the live version of the game I highly recommend you read this Mic article.