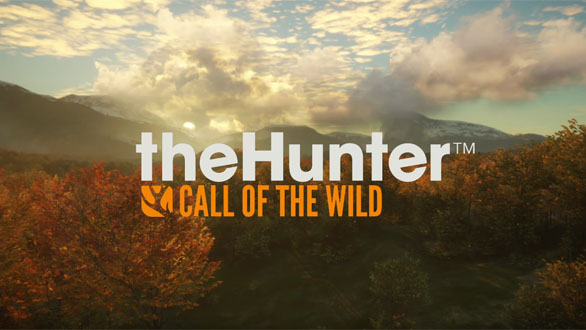 Sport hunting titles seem like they’ve been around forever. I remember back in the 90s playing Deer Hunting simulators that felt like DOOM mods. It’s a genre that has quite a history. Even GTA 5 had deer hunting, let alone the entire hunting section in Yakuza 5. That long lineage makes it difficult to create something new. theHunter: Call Of The Wild is a game that has been in development for a decade, with much of it’s development cycle coming from Expansive Worlds free to play version of theHunter.

One thing I find to be a wonderful addition about theHunter series that will hopefully carry over into this new release is that you are also armed with a camera. It may sound silly to mention with a game that is geared towards hunting very specifically, but it is a way to open up this amazing terrain to a wider audience. I don’t think there is any reward per say for photographing the wildlife and beautiful surroundings, but it’s such a large and lush environment that it is a wonderful option to give players.

The game boasts 50 square miles of varied terrain to explore. It sounds like this title is even rendered in the same engine as Just Cause 3! That’s a lot of natural splendor to take in. Anyone who knows me knows I just want to wander off and explore this vast wilderness. Just look at the trailer below! That’s all in engine content!

Naturally it’s not all exploring the forest and potential photography. This is a selection of rifles, handguns and even bows to use in the game that can be customized with scopes and various ammunition types. Your character can also unlock new skills and equipment along the way. As usual, the game allows you to track animals as well or even use scents and callers to lure them out. I haven’t experienced the hunting stealth aspects of the game yet but we do hope to get some hands on time soon to see how theHunter: Call Of The Wild plays.

The release date for Steam has been set for February 16th, 2017.