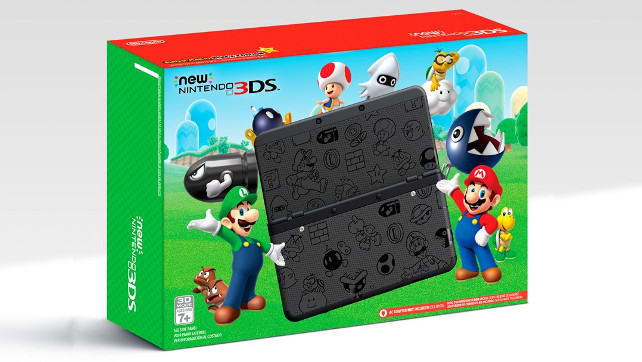 In a big Black Friday deal, Nintendo announced today that for the first time ever, Nintendo’s popular hand-held New Nintendo 3DS video game system will be offered at a suggested retail price of $99.99 USD in the United States.

Two special-edition models – one black, one white, both featuring Mushroom Kingdom characters and imagery – will be available starting November 25th.

“Nintendo has some of the best gifts for the holiday season,” said Doug Bowser, Nintendo of America’s Senior Vice President of Sales and Marketing. “Whether you’re looking for games for the whole family, or a cool new system at a great value, Nintendo has you covered.”

Typically Canada has their own sales to counter balance the surge of American sales as some from Canada make the trek for the annual sale, but there is no word on any Canadian equivalent as of yet.