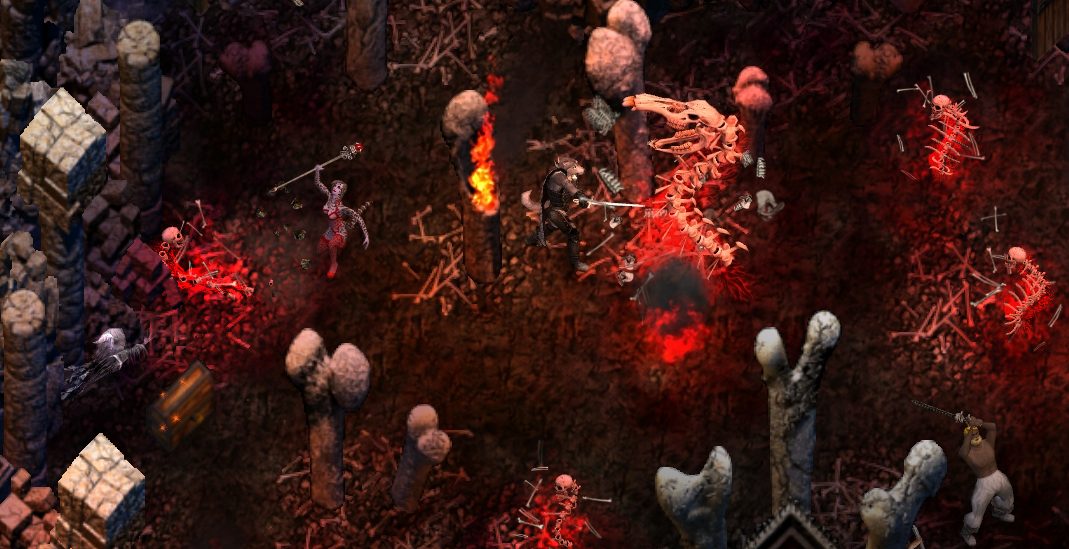 LinkRealms a Steam Early Access MMORPG that attempts to recreate the glory days of Ultima Online will go free to play as of October 10th developer Mythyn has announced. They believe that the game is ready for a wider audience thanks to the success of recent updates that have brought features like criminal status, newcomer enhancements and class adjustments to the game.

Mythyn describes their game as a “hardcore sandbox MMORPG” with a set of “old school design choices” and challenging dungeons. Basically, it sounds like this game ignores every genre convention or breakthrough that has occurred since the mid-90s.

Currently once a player purchases LinkRealms from Steam for $19.99 they gain access to the full game with no restrictions. Mythryn’s press release did not outline how their free-to-play implementation will work or if there will be a paywall that might limit players from progressing past a certain point.

Here is how they currently describe their in-game shop (Shame they use gender specific pronouns in their descriptions :/)

“Non-Invasive Shop
Pay once (or get a Beta Key) and play for free – forever. All of the content is available to you with no restrictions. Using the in-game store helps supporting the development team, but nothing a player can purchase is going to make him suddenly powerful or give him an unfair advantage. Linkrealms welcomes all players to the community”

Reaction to the Early Access version of the game has been mixed with some players pointing out that a single guild owns entire server economies and that dungeon farming is rampant. Others have lamented the lack of features like a hotbar, meaning that spell and abilities must be manages from multiple windows.