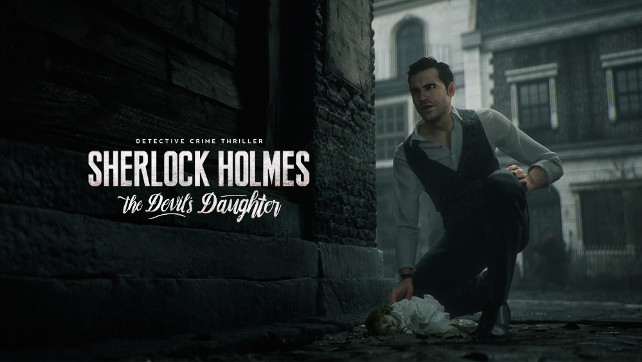 Developed by Frogwares Games, Sherlock Holmes: The Devil’s Daughter is a unique single-player adventure game where players take the role of Sherlock Holmes. Using Holmes’ superior powers of observation, deduction, and his uncanny photographic memory, players will explore the streets of London to chase and interrogate subjects in order to unravel five different mysteries ranging from a series of disappearances in the heart of Whitechapel to uncovering a mysterious Mayan treasure.

Sherlock Holmes: The Devil’s Daughter blends exploration, investigation, and action to create heart-pounding experiences with each mystery being able to be solved in multiple ways depending on players’ actions.

Beyond the mysteries, players will also slowly discover that Holmes is plagued by a looming threat over 221B Baker Street that could jeopardize the safety of Katelyn, his adoptive daughter; that may prove to be the great detective’s undoing.

Sherlock Holmes: The Devil’s Daughter is currently available on STEAM for PC and is rated “T” for Teen. The game will launch in the Americas in October 2016.