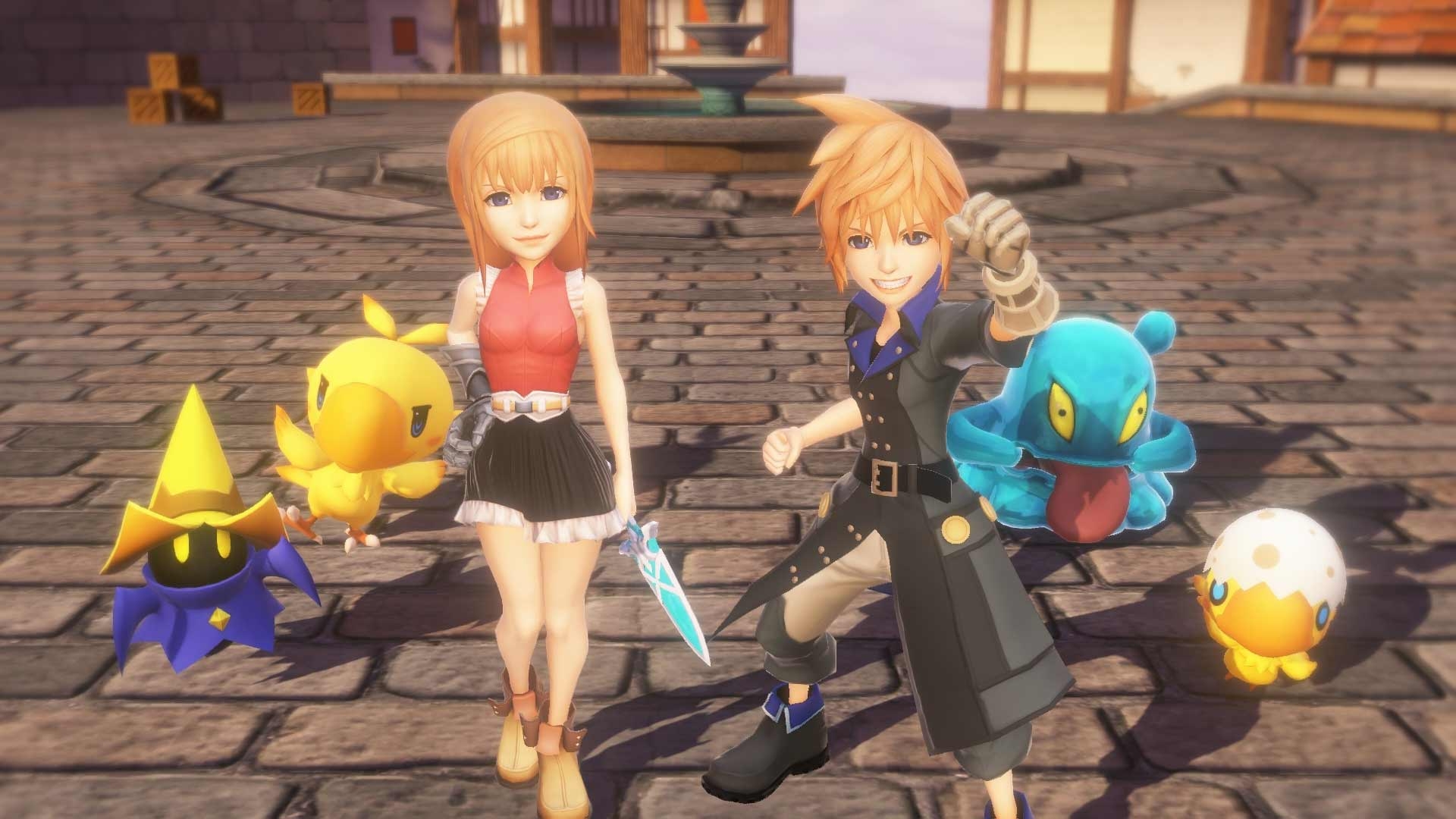 At the 2016 Penny Arcade Expo Square Enix allowed select press to not only meet the director of World of Final Fantasy – Hiroki Chiba – but also get some hands on time with the upcoming RPG. Without further delay I’m happy to present 15 minutes of exclusive gameplay footage from the North American localization of the game which is currently under development.

The protagonists of World of Final Fantasy are siblings Lann and Reynn who are trying to make their way through the world of Grymoire. Raising the stakes of their adventure even further –  the siblings have lost their memories and don’t remember their past or where they’ve come from. As players guide the siblings through the introductory town (which the below video showcases) they slowly learn that the siblings are what are known as “jiants”. Normally the inhabitants of Grymoire are stuck in an adorable chibi form but the siblings are able to shift back and forth between their normal size and the chibi style. The world of Grimoire isn’t just filled with new characters, designed by FF series main-stay Tetsuya Nomura, but also features returning Final Fantasy characters like Squall, Cloud and Lightning who can assist you in battle! 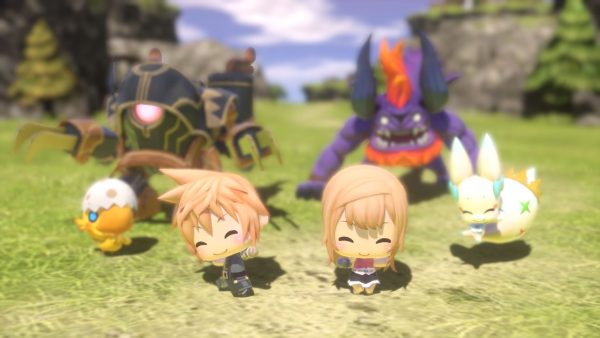 Speaking of combat, the battle system of World of Final Fantasy takes cues from multiple iterations of the ATB (active time battle) system that has made the franchise’s combat a genre staple. It’s hard to pin down exactly which main-line game that World of Final Fantasy takes inspiration from as no particular title seems to have influenced its combat mechanics. New to the franchise is the introduction of an “easy mode” for combat which distills things down to their basics – attack, defend, run etc. I wouldn’t say that “easy mode” is analogous to Final Fantasy XIII’s Auto-Battle as the player still has some semblance of control over the flow of battle – although things like picking the appropriate spells or attacks are handled by the CPU. 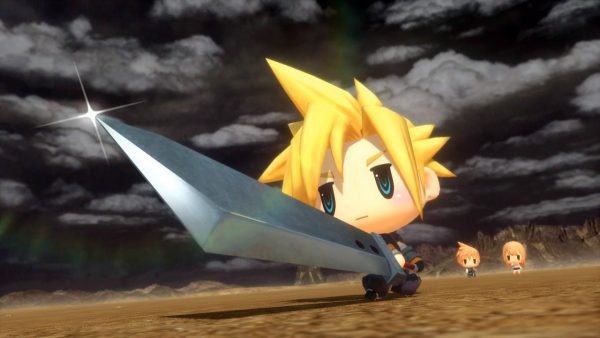 I enjoyed the brief time I got to spend with World of Final Fantasy at PAX West, especially its bright and color art-style and the writing. The teams (handling both the original Japanese release and English localization) have done a fantastic job injecting fourth wall breaking jokes, some fantastic puns and well timed comedy while still keeping the light-hearted & colorful nature that is at the core of World of Final Fantasy. In all honesty the writing of World of Final Fantasy reminded me a lot of NIS‘ Disgaea series and that isn’t a bad thing given that those are some of my favorite JRPGs of the past decade or so.

This is definitely one RPG worth keeping an eye on! World of Final Fantasy will be released on PS4 and PS Vita on October 25th in North America.