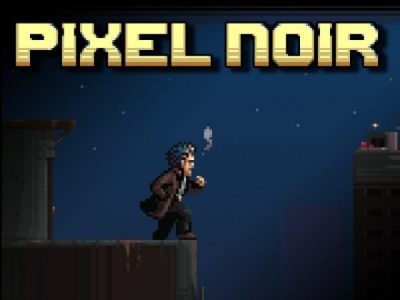 SWD tech games is an indie development team founded in 2013. This diverse group of passionate game developers, co founded by Len Stuart and Kunal Mujmdar, are going to be releasing their first game in November. After working in the industry on multiple types of projects from small to AAA, the group has successfully come together to crowd fund and develop Pixel Noir. 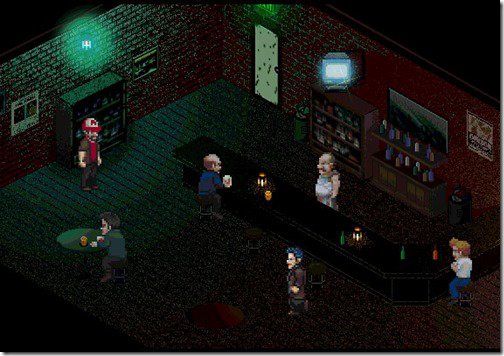 Pixel Noir is a retro style RPG game in which you are a detective who has lost his career as a police officer, his partner and his sanity; you must piece together what happened and through detective skills, making sense of hallucinations and finding allies, prove your innocence.  The game displays a turned based combat system, similar to a JRPG, has a focus on a rich story and characters. Straight from the 16 bit era of the SNES, this game finally has a demo after one failed Kickstarter and a successful second crowd funding effort and has also been greenlight on steam and became a Kickstarter staff pick. They have promised two crossover elements with other indie games, including Shovel Knight and Heart Forth Alicia. According to the Kickstarter, there will be Easter eggs and moments that reference these games, though details are still yet to be announced. These crossovers were sought out by SWD tech because they were inspired by fellow developers such as Yacht Club Games.

The developers plan to include features that will make a mobile phone version of the game easier and also plan to make the game available cross platform, which includes a 3DS version due to meeting their stretch goals. As there are updates on this game, SWD tech has been updating their development blog, Facebook and Twitter. You can follow this indie developer’s story and try out their demo on their website http://www.swdtechgames.com/ .

You cannot pre-order the game as of yet, but the website states they have plans for pre-orders and exclusives in the near future.