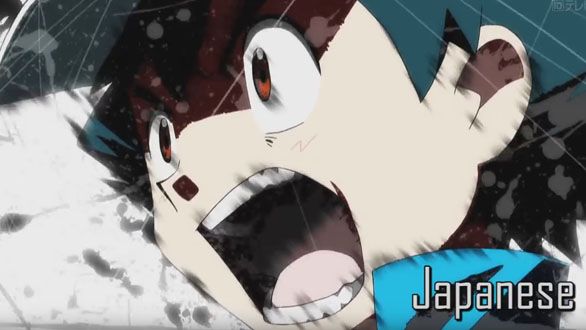 Pointed out by Kotaku earlier today, the video below shows a stark contrast between the Japanese and dubbed versions of the Pokémon anime. The biggest difference is the intensity of the battle scene shown. The English dub seems to carry a sense of mystery and adventure throughout the battle while the Japanese original is a very hard core rock rendition. Honestly I don’t know which I prefer. I’m leaning more toward the Japanese version but I also grew up on anime like VS Knights: Lamune and 40 Fire.

What do you think?

Obviously both versions have a very different feel. We know Ash as a calm and cool strategist. Seeing him yelling his commands instead like a new cast member of Dragon Ball Z preparing an Earth shattering special attack is quite different.