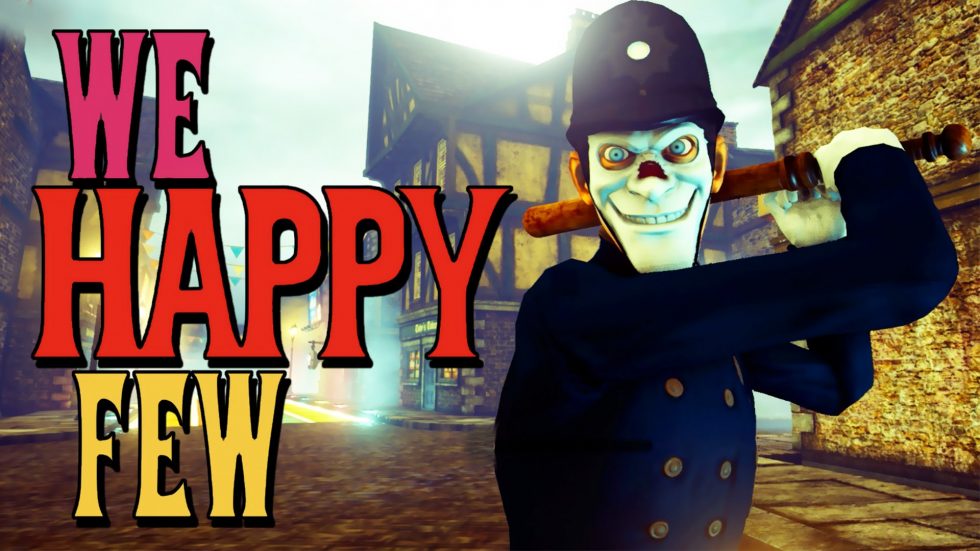 We happy few is a game that appeared from nowhere to immense hype. A video at the Microsoft press conference showed a grim dystopian world in 1960s England. E3’s trailer peaked the interest of all involved with its dark atmosphere and air of mystery.  Well mystery no more, the folks at Compulsion Games have given PC gamers a chance to play their game while its still in early access.

There is no story in the game, but its possible that you could be spoiled by my discussions of game mechanics, the atmosphere, and the perceived back story so far. So, if you are super concerned about spoilers I suggest you stop reading.

Ok, so lets start with basics, this is in fact a survival game. Though nothing about survival was shown at E3, media outlets (including us) reported that it was a survival game. No one really knew what form that would take, but this version of the game, despite having no story, does feature all of the survival elements. 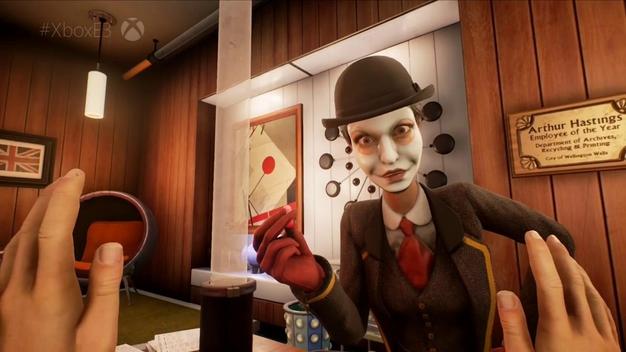 We play as Arthur Hastings

The game opens with the same intro at E3, we are in an office tasked with ensuring that no history sneaks by our censoring old newspapers.  Since this is a story free demo, we get our best indications of whats going on in the world from these articles. Just like the E3 trailer you can go right to the party your office is holding if you want. But, this is an open world game, so I spent some time looking around. I was well rewarded, you can use the censorship machines in several other rooms, giving you more background.

From these other rooms I was able to glean a good bit of backstory.  We appear to be in a future 1960’s where England lost at last part of World War 2, and was occupied by Germany.  Either because of the occupation or to before it, a happiness pill was tested. This pill is the “joy” we heard about in the trailer, and seems to be a main plot point of the game. Those who refuse to take their joy are called “downers” and exiled to a rundown part of the city.

During the intro I also learned that our main character seems to have a brother, and that an article about his brother is what triggers his remembering. Not wanting to get too far behind I finished the intro section, was captured after running away, and found myself waking up in a dark tunnel.

Much to my surprise the upper left of my screen was occupied by a series of status icons, food, water, sleep, and health.  These meters are in a constant state of draining giving the game its survival aspect. So after waking up I made my way around the starting area. The area is an old tube station where theres a bit of tutorial.

Here we get to see that the game mostly is going to involve collecting raw materials, then crafting things.  After being directed in some basic crafting, we get released out to the open world. Did I forget to mention that? Yah this is a fully open world game. Your time will be spent wandering around finding missions, exploring for resources, and making sure you get back to your base in time to sleep before you die. 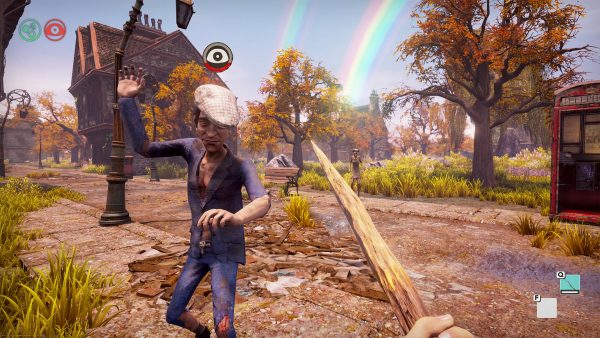 This guy want to kill you

The game has solid core mechanics, you have to eat frequently and your days are bounded by the need to find a place to sleep. I found plenty of water, but much of the food I found was spoiled or rotted. This food true to form of any good survival game made me sick. Sickness was a constant companion in the world for me. Though there were pills that could help mitigate these but they were a much sought after resource and I traded some of mine away to ensure I had a place to sleep. That was a mistake by the way.

You are not the only inhabitant of this grim dark place where downers are sent. No its well populated. You will find all sorts of people running around. Some of these people just wander, some offer missions, and some are hostile. I didn’t spend much time in combat, but the system is very basic, at the point I was at in the game the most powerful weapons I had access to were cricket bats. The rest was fists and pointy sticks and clubs.

I was able to map about 40% of the first map in my longest play through. Two hours of play and that was just  40% of the first area. This is going to be a large game, with many NPC’s and quests to do, in addition to the simple survival objectives. The game does feature perma death, and since I wanted to get a good feel for the game, I played with this option on.

Permadeath is what makes this game so exciting right now. Even without the main story line, there is this element of danger which is just so very thrilling. I found myself spending so much time on the scavenging and looking to stay alive that I honestly didn’t really need story. That is not to say that it won’t be even better with a story, but I liked it so much already it can’t go anywhere but up. 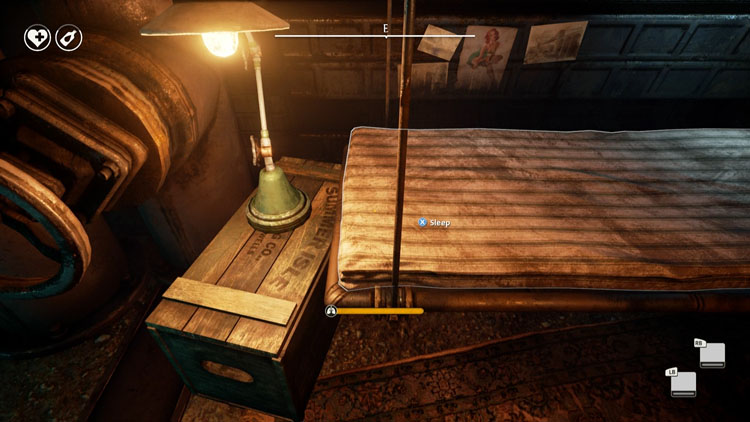 Nothing quite felt as exciting as running on very little sleep (which takes away from stamina, which is vital for fighting) and knowing it was going to be a long way back to my home, fraught with danger.  But if I can make it back ill get to keep all the loot I am currently carrying.

The game offers that oh so tempting dichotomy between the want to explore and find raw resoruces, and the staying close enough to home to not die. There are other games that have nailed this in the past, but as nearly as I can tell We Happy Few is doing it in a vastly different way.

I really cant wait to get the story that goes along with the current gameplay. Its incredibly rare for a game to hold me based only on its gameplay and not its story. I can think of only a couple of examples, Rocket League, and Overwatch being two notable ones. This game managed to do that. Since its endlessly repeatable and features permadeath, I feel like there are basically unlimited options for play through here. During my play through I did find a few small physics bugs, and ended up stuck a few times, but since this game is going to be early access, there is plenty of time for the developers to fix these small issues.