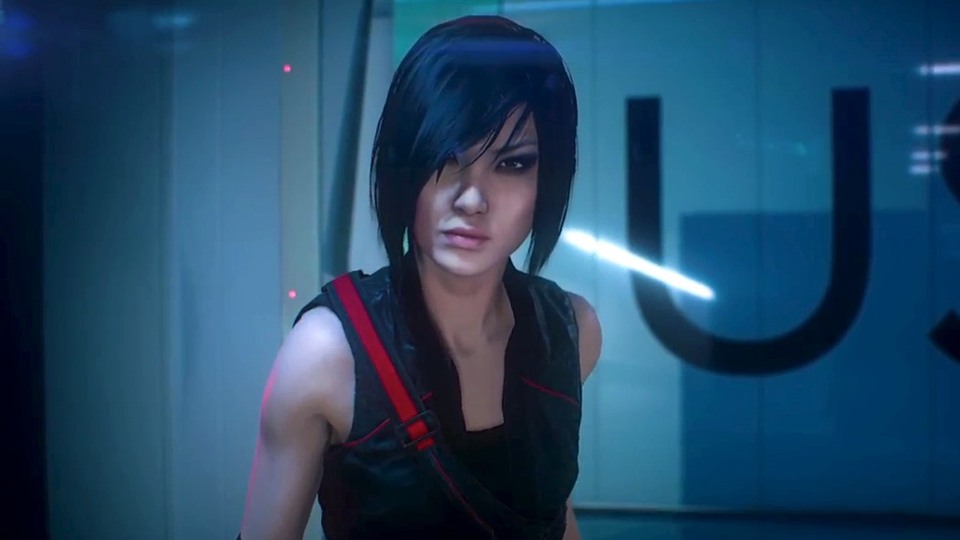 Parkour wunderkind Faith Connors returns in this reboot of the 2008 classic, Mirror’s Edge which is out today on PC, Xbox One and PlayStation 4. I got the chance to sit down with the game for six hours this past weekend and jump into Faith‘s shoes as she runs, runs, zip lines and slides around the City of Glass. DICE’s latest entry in the franchise not only tinkers with the narrative but also opens up the gameplay with a gigantic open world environment that players of the last game could have only dreamed of on the Xbox 360 and PlayStation 3. Here are my initial impressions.

Mirror’s Edge Catalyst is not a straight retelling of the original title, DICE has decided to tinker with key elements of the game’s narrative – when things kick off we meet the defiant young Faith as she is about to be released from juvenile prison. This technologically advanced prison features futuristic neon displays that advocate for the various corporations around the City of Glass and reminds prisoners that they “should reform and consider employment with any corporation of their choosing.” Once Faith is released from prison she is informed that she was two weeks from release to find employment with one of these corporations or she will be locked back up for an extended period. This version of Faith is very different from the one we saw in 2008, In the 2008 game she was driven by the need to clear her sister’s name for framed murder the plot of Catalyst centers more on corporate espionage than the bond between sisters.  This lack of a key motivator and a change in voice actress makes Faith less of a compelling protagonist based upon the time I spent with the game. 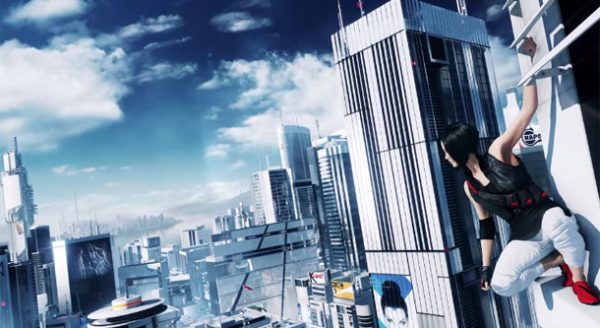 Once released from prison the bulk of Faith‘s early story in Mirror’s Edge centers around her reconnecting with the group of runners that she was once acquainted with. In the world of Mirror’s Edge runners are an anti-corporate movement that believe that the average citizenry have been become complacent thanks in part to advanced augmented reality technology that provides the user with a constant stream of corporate approved information.  Runners try to subvert this system of iron fisted control on the citizenry visa hacking billboards with anti-corporate messages, trafficing prohibited information to the lower class citizens of the City of Glass and partaking in the more than occasional corporate espionage adventure. Ideologically it is very clear where the runners are and how the player is supposed to react to the presence of these large corporations. While the game stays on point when it comes to underlying political messaging and themes, unfortunately, the cast of side characters don’t convey a lot of personality to the player.  Faith’s former contacts serve as Mirror’s Edge Catalyst’s method for providing new story missions and none of these side characters feel like fully developed human beings and could probably be swapped out for one another if it wasn’t for the fact that certain NPCs deliver certain types of activities.

The City of Glass is a gleaming white futuristic monolith to the advancements of technologies that have been produced by the various corporations in Mirror’s Edge Catalyst. Tall, seemingly never-ending skyscrapers shimmer as their glass reflect the in-world light sources while yellow accents adorn the area’s that Faith is able to traverse when running from rooftop to rooftop. Top this very pleasing visual aesthetic is topped off with colorful cars and pedestrians which can sometimes be tiny specks below from some of the higher vantage of points available in the game. Combine this with a slightly punk look for some of Faith‘s fellow runners, and her initial outfit at the beginning of the story, and you have a game that knows how to visually define itself. 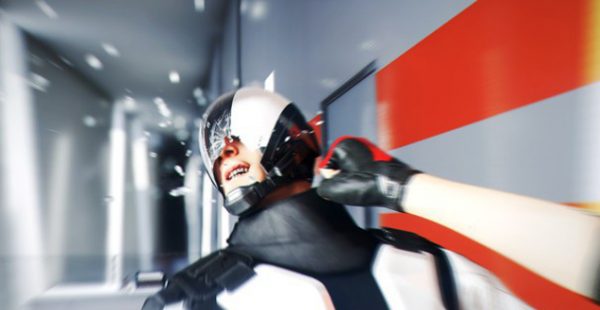 Traversing around the City of Glass is accomplished through the series’ signature first-person parkour. Unlike the last game, which gave Faith access to all of her abilities from the onset, Catalyst opts to give our heroine a basic set of movement, combat and defensive abilities from the get-go and locks the rest behind a progression system that is tied to an experience level. I could see why players who enjoyed the openness of the 2008 title would be disappointed with progression based unlocks, considering the fact that a number of abilities that were once standard are now locked behind the XP grind. However, I can also see how this would extend the life of the game and slowly teach players about their parkour maneuvers and allow them to master them before moving onto to more advanced skills.

So what abilities did Faith have access too over the course of the six hours that I played? The left bumper allows Faith to climb up objects, contextually jump off of nearby objects and climb up pipes or ladders.  Left trigger allows Faith to kick descend ladders, jump down from ledges and slide along the ground. Like in the 2008 version running forward and then tapping the left trigger will launch Faith into a sliding forward dive that allows her to fit under narrow spaces and avoid combat with NPCs. More advanced techniques like rolling from tall heights by pressing the left trigger upon impact and using a wrist-mounted retractable rope become key to completing some of the side objectives and can be woven into Faith’s cityscape acrobatics as needed. 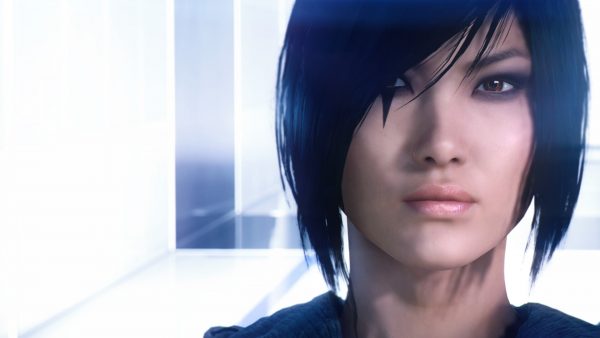 Here is a small sampling of some of the activities that await players in the brand new Mirror’s Edge:

Mirror’s Edge Catalyst tries valiantly to take the parkour formula that was so well received with the original game and extend that 6 – 8 hour length into an open world experience that players could potentially lose 100s of hours in.  There are dozens upon dozens of collectibles for Faith to collect and exchange for more moves, skills and pieces of gear. Longtime fans who enjoyed the first game might find the addition of an XP system and seemingly pointless collectibles to be padding used to lengthen the time spent with the game but honestly it feels like a fair tradeoff given the open world nature of the City of Glass..

Broken Joystick’s staff will be heading to E3 for the next 8 days but expect a full review of Mirror’s Edge Catalyst after our return!