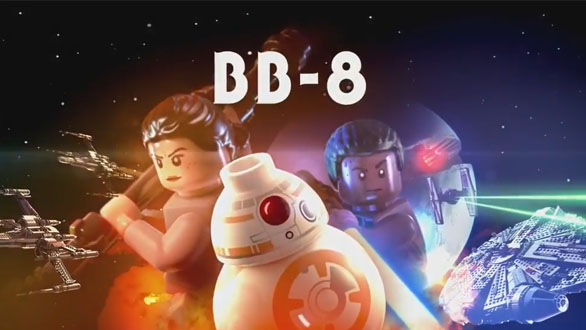 Warner Bros. Interactive Entertainment released a new trailer today for the upcoming June 28th release of Lego Star Wars: The Force Awakens. This character profile highlights BB-8 in a short but sweet video. While the game in general seems to be a retelling of thew hit movie, there has been mention of additional story content as well. It seems the game will bridge the gap between Return of the Jedi and The Force Awakens with some backstory to the new cast.

That aside, here is a look at the new BB-8 trailer: