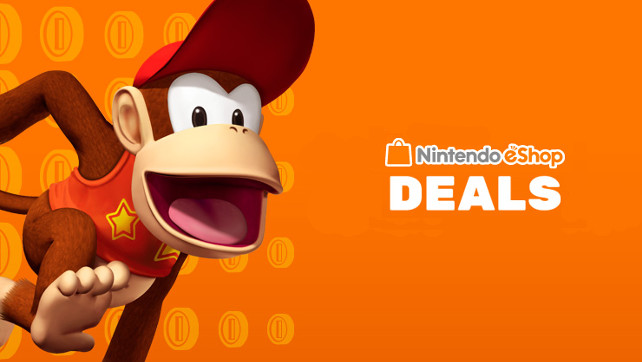 Please note that all of the below prices are shown in USD. Prices are higher in the Canadian eShop.

Phoenix Wright: Ace Attorney – Dual Destinies sees the return of courtroom hero Phoenix Wright. The much loved gameplay and features from previous titles in the Ace Attorney series are back but for the first time in stunning 3D graphics, bringing the courtroom and characters to life and putting players directly in the heart of the action. More courtroom drama as Apollo Justice and new Associate Attorney and psychoanalysis expert Athena Sykes join Phoenix at the Wright Anything Agency Psychoanalyze witnesses to reveal the truth with the brand new Mood Matrix feature Hold it! Present your evidence, challenge the witnesses and experience life as a real Attorney Stunning dynamic 3D graphics: bring the characters and courtroom to life and investigate crime scenes from various angles to uncover hidden clues Brand new interface and game progression system for fans and newcomers alike

Relive the thrill of the courtroom! Defend the innocent and save the day! Courtroom hero Phoenix Wright lays down the law this Winter in the digital release of Phoenix Wright: Ace Attorney Trilogy. Experience the original trilogy like never before in clear, high-resolution re-drawn graphics and immersive 3D visuals optimized for the Nintendo 3DS system. Join rookie lawyer Phoenix Wright through the early years of his career in his quest to find the truth behind all of the classic cases! Prepare for intense courtroom showdowns by investigating crime scenes, collecting evidence, and questioning witnesses. Use evidence and the testimonies of witnesses to your advantage as you battle for the innocence of your client. Nothing less of a full acquittal will do in this court of law. Find the contradictions in witnesses’ testimony to expose the truth!

With more than 300 puzzles to solve, Word Search by POWGI will keep you puzzling for hours! An intuitive touch-screen interface puts you straight into the action with no complex controls to learn! Follow your progress through 28 different categories, from animals, nature and science to school life, hobbies and careers. POWGI’s word search puzzles are expertly hand-crafted for your enjoyment and are stuffed to the brim with words in every direction!

Use your Wii U GamePad to guide Midnight In this Wii U™ exclusive, golf-like game your task is to guide a little square shaped fairy, Midnight. Use your Wii U GamePad to launch Midnight, but watch out this world is full of danger. Avoid the spikes, circular saws and other dangerous objects. Earn 3-star rating by completing each 28 levels in the fewest possible moves.

Jewel Quest for Wii U™ brings the classic Match-3 puzzle game to life in stunning HD! Solve 72 challenging puzzles through 6 fantastic, beautifully-rendered locations, each with its own unique, orchestral background music. Make matches of three (or more) of a kind to remove jewels from the board and turn the tiles behind them to gold, but don’t run out of time or moves before completing the board! Raise your level of play to achieve three stars on every level and see how you rank against your friends in the ultimate Match-3 challenge!