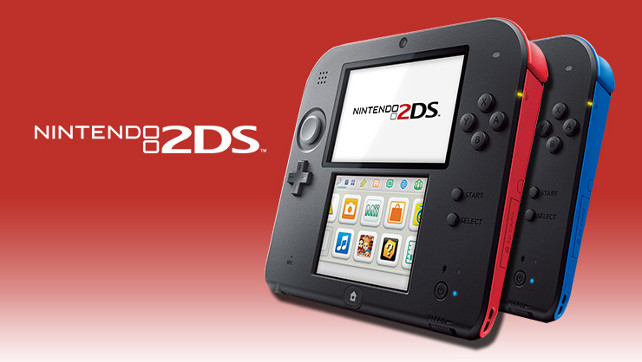 Nintendo has announced that, on May 20th, Nintendo will lower the price of its kid-friendly portable Nintendo 2DS system by $20. The price will be reduced to a suggested retail price of $79.99 USD. This price reduction comes less than a year from the last reduction to $99.99.

Some 2DS systems even come pre-installed with Mario Kart 7 and Yo-Kai Watch.

“Nintendo 2DS is the best value available for a portable dedicated gaming system and is great for gaming on the go,” said Scott Moffitt, Nintendo of America’s Executive Vice President of Sales & Marketing. “The system has a library full of high-quality games for purchase, some in our Nintendo Selects category for less than $20 each, featuring Mario, Donkey Kong, Yoshi and Zelda.”

The Nintendo 2DS retails for $129.99 in Canada and there is no word on a price drop in Canada. With Nintendo’s recent trend of inflating Canadian prices for Nintendo products, despite the strengthening Canadian dollar, it wouldn’t be surprising if Nintendo of Canada actually announced an price increase for Canadian 2DS units.