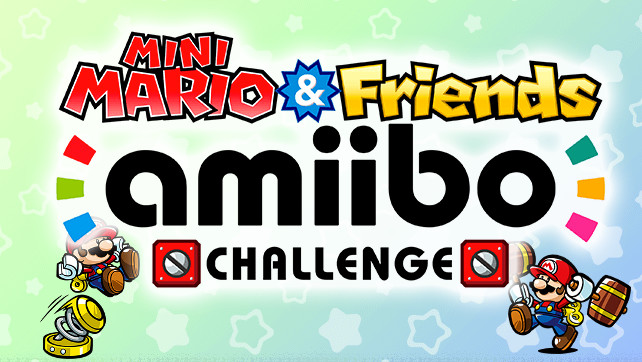 While Mini Mario & Friends amiibo Challenge is not the answer to the killer ap question for giving amiibos a solid use, it is a great start and a positive sign for what Nintendo can and should do with the figures. Much like Skylanders, you’ll need at least one amiibo to play the game, but you can unlock a whole lot more the more figures you have.

Mini Mario & Friends amiibo Challenge is a great game and finally does what I’ve been crying for Nintendo to do. Sure it’s neat to tap an amiibo in a game to unlock a new costume for my mii, or add a unique item to the game, but for the most part amiibo have been nothing more than an novelty. Sure I have a ton of them. Any Nintendo fan who is in this for the love of it already has a growing collection of the figures. But for the most part amiibo have just been NFC enabled toys with potential. 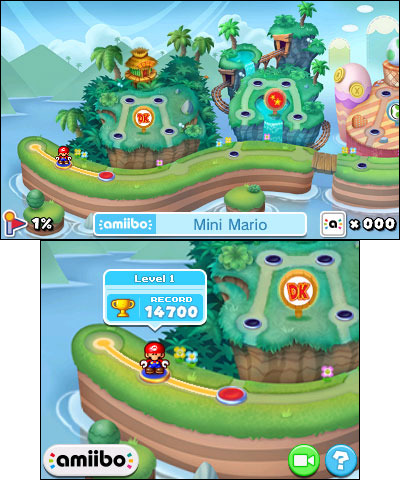 This game is the latest in the Mario vs. Donkey Kong series that started on the GameBoy Advance. The goal in each of the levels in this game is to guide your toy character from the start to the goal, while avoiding all of the enemies, pitfalls, and other obstacles. And to make things more challenging you have no direct control over the character.

In the various levels you will have items and other physical elements to help the character to the goal. These elements can be place and removed in strategic locations around the level. From warp pipes, springs, blocks, and more, it’ll take some timing and practice to get it right and lead your character to the goal door.

Now what gives Mini Mario & Friends amiibo Challenge the added edge is that you can play the core game, but there are certain levels that can only be unlocked and played with specific characters. You’ll need to tap the amiibo of that character to switch it in game in order to play or access said levels.

This is exactly what has made the Skylanders series so successful. Building your collection of physical toys adds to what you can do in the game. You can play the core game with any character, but to get into all of the sixty levels in the game you’ll need each of the amiibo.

Each different character has a special ability. Mario can wall jump, Luigi can high jump, Yoshi can eat enemies, and so on. Characters in the game are Mario, Luigi, Princess Peach, Yoshi, Rosalina, Donkey Kong, Diddy Kong, Bowser, Bowser Jr., and Toad. Additionally if you tap any other amiibo character you’ll play as Mini Spek, a little robot who doesn’t have any special abilities. 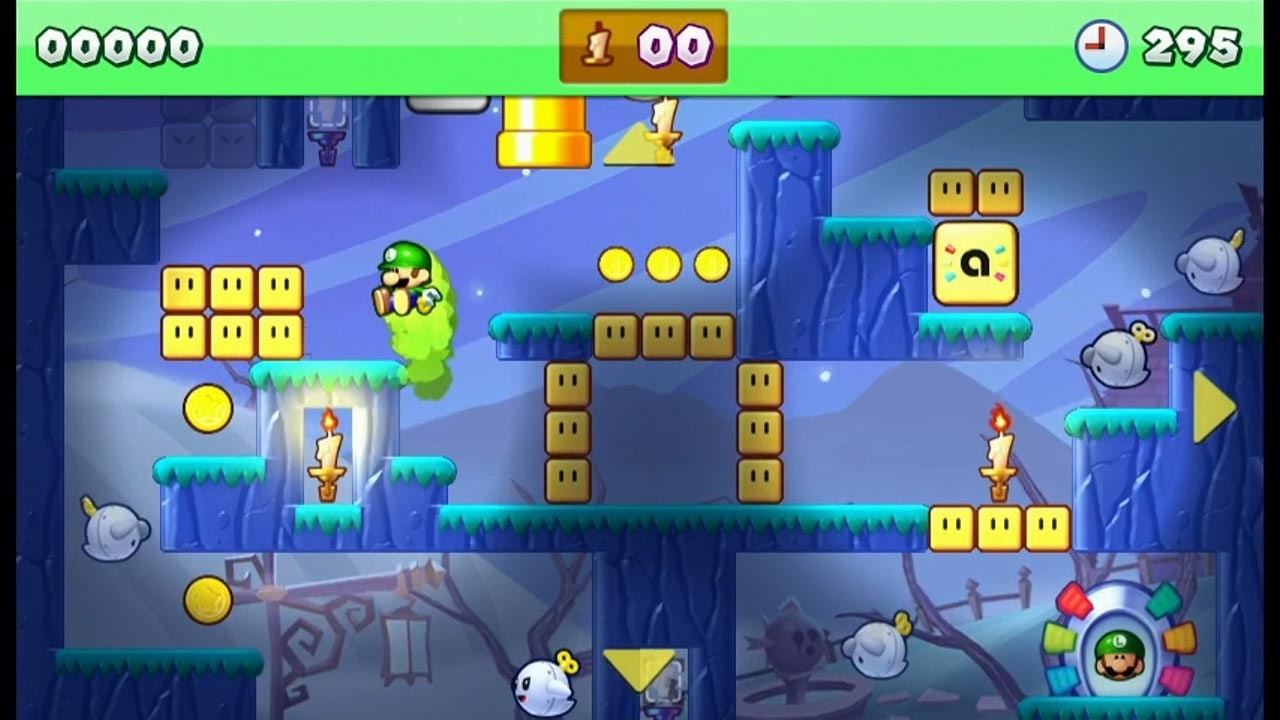 One of the great things about this idea is that at it’s core Nintendo has chosen the most widely available amiibo to include in the game. Not only did I already have more than half of the characters’ amiibo from the game, but they aren’t hard to find in stores.

The gameplay in Mini Mario & Friends amiibo Challenge is simple, straight forward, not too difficult and has all of the charm I remember from previous games in the series. And on top of that the game is free-to-play, with no in game micro-transactions. Just play to your hearts content.

This does give me a lot of hope that Nintendo is going to do more of this in the future. In an as-yet unpublished article I suggested that Nintendo might be working on a full on amiibo adventure title, similar to Skylanders. Heck, considering that Activision and Nintendo somewhat teamed up last year with the addition of Donkey Kong and Bowser to Skylanders Superchargers, I wouldn’t be surprised if Activision isn’t developing a Skylandersesque game featuring amiibo for Nintendo as we speak.

Either way, this Mini Mario & Friends amiibo Challenge is a fun little game which is free-to-play, available for both Wii U and 3DS in the eShop, and finally shows off what amiibo can do.

There’s no reason this shouldn’t already be downloaded on your system.