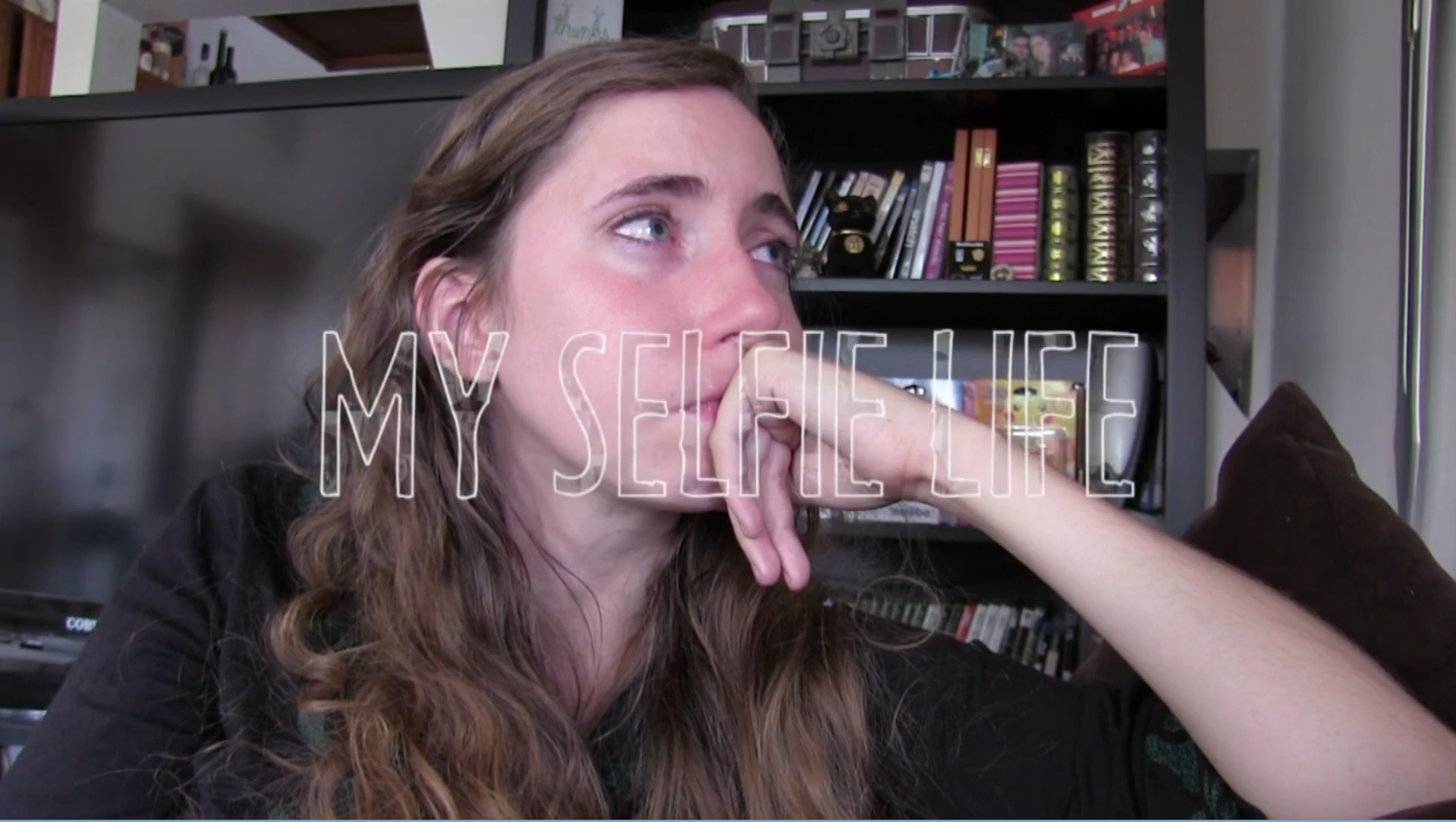 Renee Gittins is no stranger to struggle, she’s been fighting her whole life as a girl gamer, a female engineer, and now a female indie developer. Renee can now add to her list of accomplishments female TV star. Fusion brings her struggles to life as she wrestles with a male dominated world of game developers to get her game Potions: A Curious Tale into PAX Prime, to show it to the world. Follow Renee on her journey, and watch from her perspective as she tells her story this week on My Selfie Life (Fullscreen account required to view, but a free trial is available, episode will also air on Fusion TV later this summer).

My Selfie Life is a new production from the folks at Fusion which follows several people in their daily lives. Renee’s episode follows her journey in to the world of developing games as she rushes to get a playable build of her game Potions: A Curious Tale to PAX. Renee took some time out of from her Kickstarter to answer a couple of questions for me about how it feels to be coming to the world of live TV and the screens of the Fullscreen network. 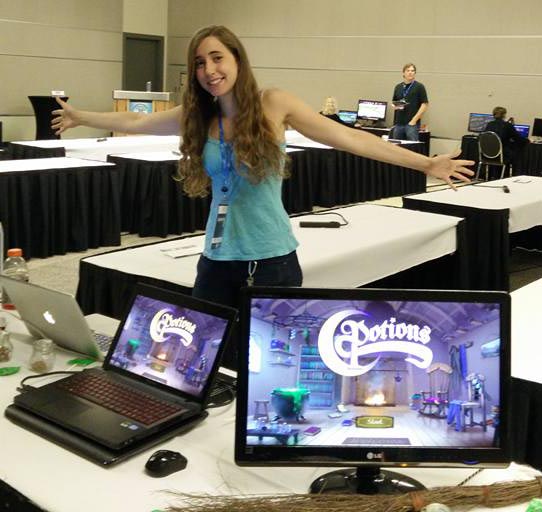 One of the most difficult things faced by Renee on any given day is how much the world of game development is seen as a man’s world.  Renee has always faced discrimination, as a major player of online MMO’s she has often written about how attitudes change when other gamers find out she is female. Now a bit of that struggle will be shown to the world thanks to Fullscreen. Follow Renee as she talks about how her upbringing has helped her to overcome obstacles, how being self taught affects her work, and her day to day rush to get her game to PAX! 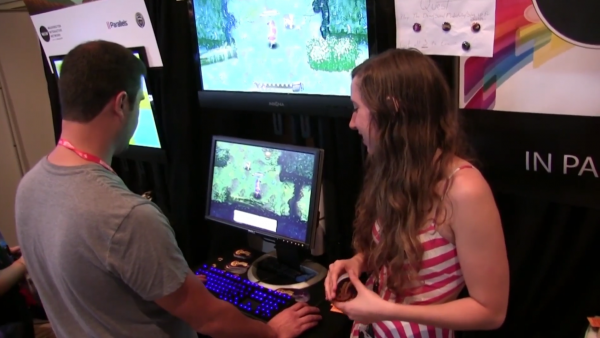 Renee demos her game, Potions: A Curious Tale, to a publisher at PAX Prime in her My Selfie Life episode.

Q: Renee What is it like to have your whole life put out there on TV? Something like a million people will see this video which contains details of your personal life do you fear it will effect your future or your safety?

It was pretty intimidating, actually. I was scared of giving people ammo for harassing me or saying I am somehow unqualified due to what they would see.

Q: Do you think that this video which specifically talks about harassment will provoke even more reaction from your internet trolls? I mean you have even had death threats before.

Yes, I think it’s a deep, personal look into my life that’s going to be getting a lot of attention. The more attention it receives, the more trolling I will have to deal with. I’m actually a bit scared about it, because I expose a lot of personal self-doubts in it. While I’ve talked about them in the past, I feel like it’s different seeing me break down in front of a camera.  I never want to have to experience the harassment that some women in the industry have, with people sending them pictures of their front doors and calling the workplaces of their friends and family members to start trouble. I always want to feel safe in my own home. 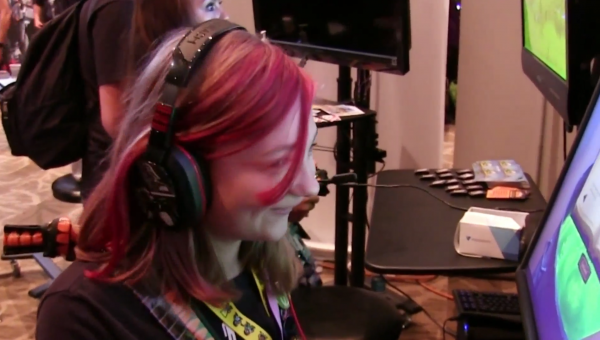 A girl plays Potions: A Curious Tale at PAX Prime in My Selfie Life.

Q: So your big push the Kickstarter is almost done, what do you think it will feel like when its finished? will you be sad if it fails, or will you just be relieved that it is over?

It’s hard to say. I really, really want to be successful, but I know that 45% of funding in 40 hours is going to be a really hard task. Still, with over 700 backers, it helps to know that there is interest and support out there. I tend to expect a lot out of myself and would probably take unsuccessful funding pretty harshly at first, but I know that I’ve come such a far way that there’s nothing to be ashamed of. 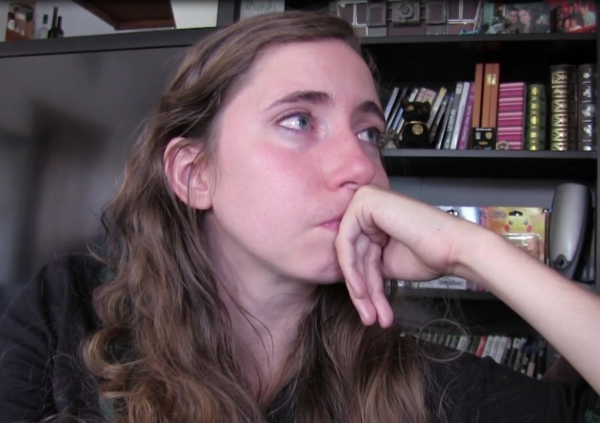 Q: In the video you come to tears at one point over how much of this game is your heart and soul, and how afraid you are of the world judging you about Potions, and how no one might show up at PAX, with PAX long behind you and another watershed moment approaching, how are you feeling now? Are you to the its all over but the crying phase? Or have these last 40 hours made you ever more resolute to reach your goal?

I’ve cried a number of times over the last month, I’ve really even barely slept for most of it. I’m putting myself and my game out there, not only for people to judge, but for them to support. Without their support, I lose my dream, and that’s really, really scary. Potions: A Curious Tale is so much a part of me, even more the longer I work on it. It is part of my soul and I’ve put thousands of hours into its development, it’s really a part of me at this point. Yet, even though I’m scared, I know how to push forward, even if it’ll be through tear-blurred eyes.

Indie games are place that anyone should be allowed to play in and Renee is out to prove that’s true. I personally hope you will follow her on that journey, and please consider helping out in the final 40 hours of her Kickstarter. Renee has put her soul on view for all of you out there to see, because she wants you to see that you too can do it, go out there and follow your dreams.