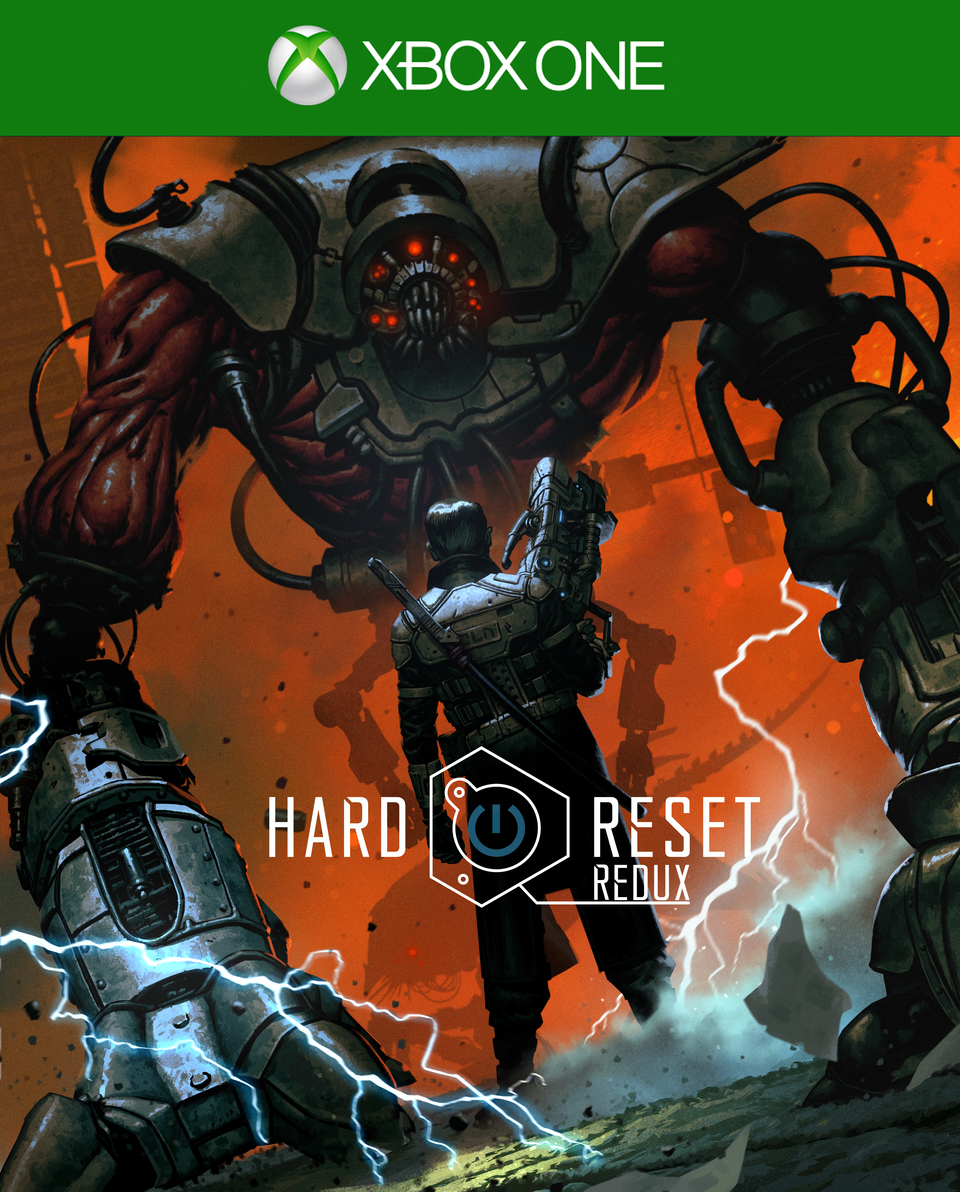 Hard Reset is a game from flying Wild Hog game, that came out in 2012. It was the studios first game development effort, and by 2012 standards was a fantastic game. With a Doom like vibe, and an awesome cyber punk setting the game was atmospheric, challenging, and gathered a cult following.Now Flying Wild Hog are returning to their first ever game, with a full engine rebuild, and lots of new tricks under the hood

Hard Reset Redux, is not just a remake of Hard Reset in a new engine, it is so  much more, it has a katana! In all seriousness, new enemies have been added, enemy locations have been changed and the whole game has been overhauled to run better on modern hardware. A quick dash has been added to allow players to escape from enemies in an all new way.

I had the opportunity to speak to a few of the games programmers from Flying Wild Hog, and they were kind enough to allow me to capture video of one of the games giant boss fights.

I also got the chance to play the game for about 30 minutes, and despite its apparent lack of modern shooter mechanics it was honestly one of my favorite games I played. There is no regenerating health here, the games guns are varied and do many interesting different things, and the Katana is as broken as any mêlée weapon should be in a shooting game. I found that the way the game flowed was something that I haven’t experienced in so long that it honestly made nostalgic. Don’t take that the wrong way, the game also has solid game play, a good story, and compelling characters, but it really played on my nostalgia for games like Doom, and System Shock. 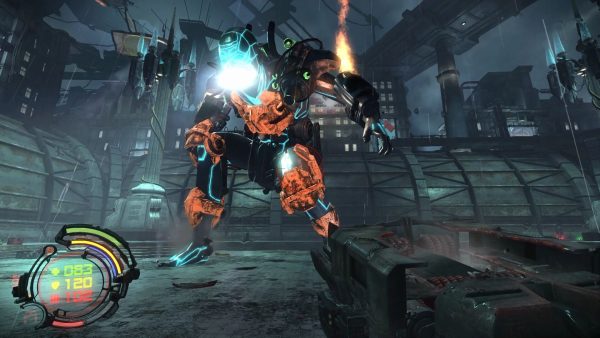 Woah buddy, maybe we can talk about this?

Hard Reset is truly something that simply doesn’t exist anymore in modern shooters, fun. I can’t wait to get my hands on this game and spend hours playing it. The game will release “soon” for PC, PS4, and Xbox One. From what I saw of the game, it looked done, but it was just a single level of demo and then a boss fight. Rest assured that when this game does come out, Brokenjoysticks will have a review of it! You can learn more about the game on gambitious website 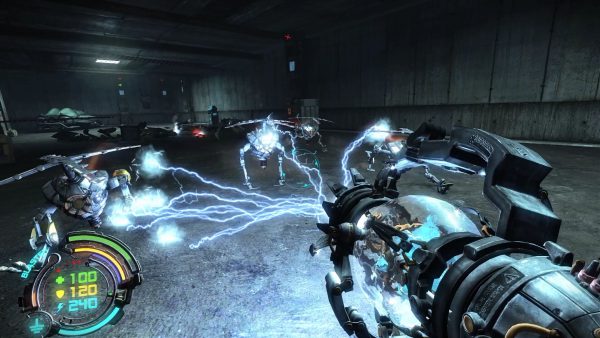