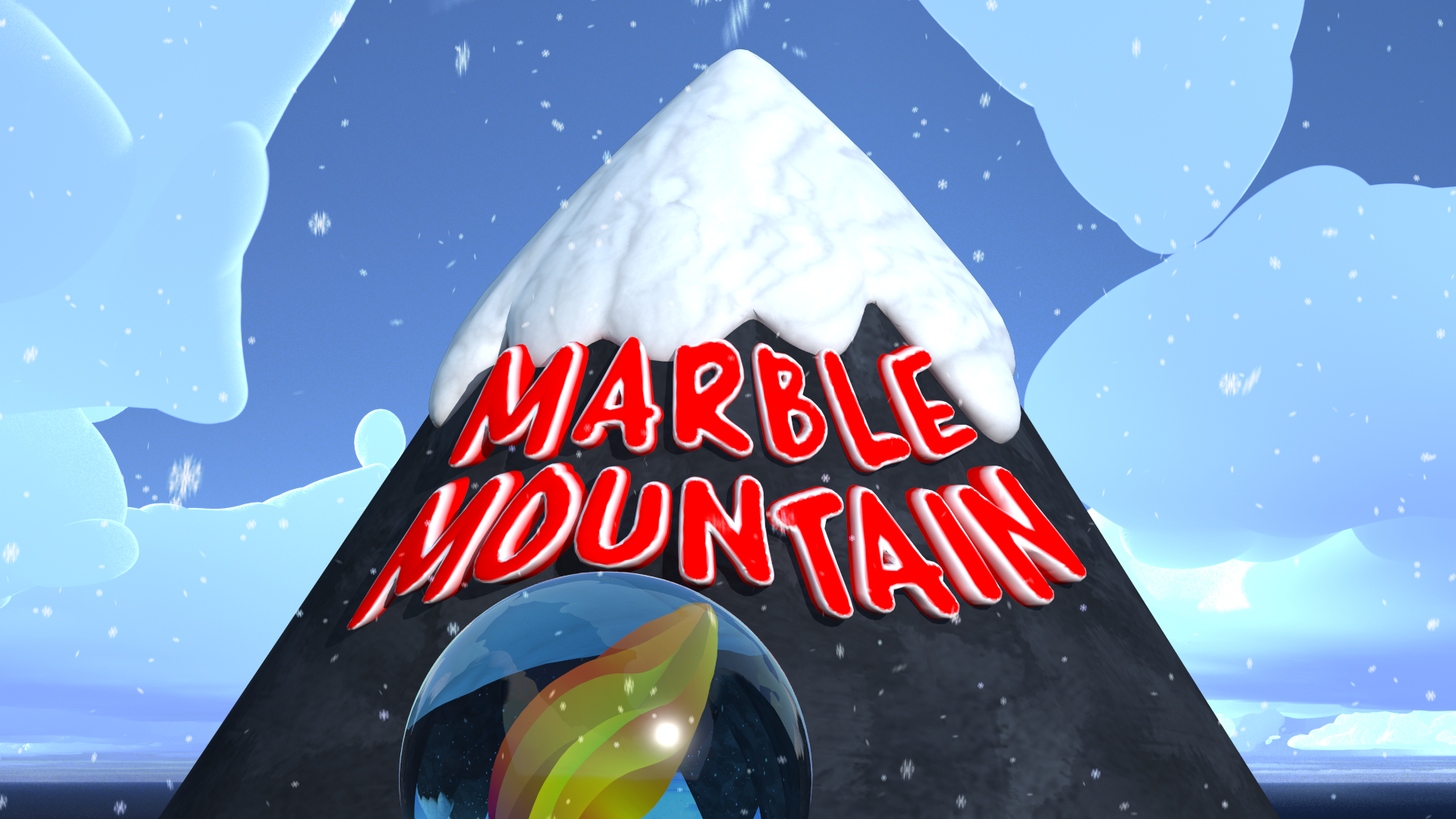 When I first looked at Marble Mountain, it reminded me of a game that I used to play back in my Commodore 64 days: Marble Madness back around 25 years ago. For people not familiar with that game, the goal was to guide the marble to the exit. Simple, right? With small pathways to navigate and obstacles that deliberately tried to knock you off, along with a very short timer proved many a gamer wrong. Lose enough marbles and you’ve lost the game while probably in a mood to throw a controller due to how difficult the game was. While this game looks deceptively easy to start out in, the difficulty ramps up decently quickly. Thankfully, this game gives some considerations and doesn’t have a lives limit, nor a strict time limit. Billed as combining the gameplay of Marble Madness and Super Monkey Ball (both game series I’ve played before), and giving a cinematic experience of Indiana Jones, Marble Mountain does a good job of conveying those concepts. 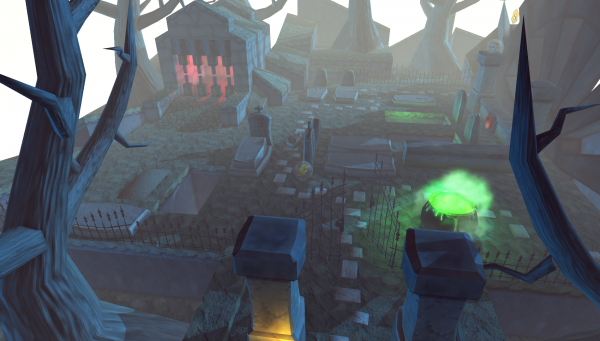 After launching Marble Mountain and starting the game, the player is introduced with the tutorial level, which gives information on how to control your marble, how the camera works, checkpoints, enemies, gates, and so on. The controls are very straightforward, with having the options of using the keyboard or controller. As with this type of game, marble movement is pretty fluid, with it being affected by things such as hills, initial and continuous velocity, or wind direction. Dealing with the environment can be tricky because of the movement, and if it wasn’t, it would probably make for a super-short game. The camera is automatically scripted to follow the marble from a third-person perspective and changes accordingly to where the marble is on the map. Camera angles are very intuitive, so there’s no real issues with loosing track of where the marble is. Sometimes while navigating though areas or puzzles, it’ll disappear for a few seconds, and I’ve been more than pleasantly surprised as to where the marble has wound up while continuing along a level. Reaching the checkpoints throughout the levels consists of coming in contact with the torches that are scattered about, making levels better to get though without having to restart the whole level over again. In addition to that, a core part of the levels is having to solve at least one puzzle to be able to clear it. Some may involve opening gates, while others involve having to activate switches to move platforms.

In addition to the varied puzzles, each level has it’s own theme to it, ranging from a tree that needs to be scaled, to desert themes, to even having to deal with an avalanche. All in all, there are a total of twenty levels to play though, and while that sounds like a possible cakewalk, it’s anything but one. The difficulty ramps up decently quickly with layouts and puzzle-solving, which means if a player isn’t ready for it, then there’s a good chance they’ll lose their marbles in frustration. Needless to say, Marble Mountain can give someone gamer rage, but in my experience playing it, it’s just enough to keep me playing so I can try to play though the level and beat it. While a challenge, it’s one of those games that get you coming back for more, and makes it worthwhile to play. Contact with some enemies or exceedingly high velocity into walls will result in an instant death, it’s those damn skulls that roll around that try to knock the marble off that are a pain to deal with and can result in taking more time to clear a level. As mentioned earlier, while there is no specific time limit, time is kept track of, and if all Arums are collected within the level and is beaten by at least the par time, a new marble design will be unlocked. It’s a nifty little feature to the game which gives incentive to “go for gold” for every level. In addition to unlockable marble designs, hidden though a few levels are a few different hats, including a viking helmet and even Indiana Jones’ sable fedora. Graphically, this game looks really good, and puts out nice looking environments without looking overtly realistic and serious. There were a few textures that weren’t displaying correctly, but I’m chalking it up to my seven year old GTX 260M not handling newer stuff the way it should. Since I don’t have an Oculus or Vive, I was unfortunately not able to play it in VR, but it’s still a very solid game regardless. 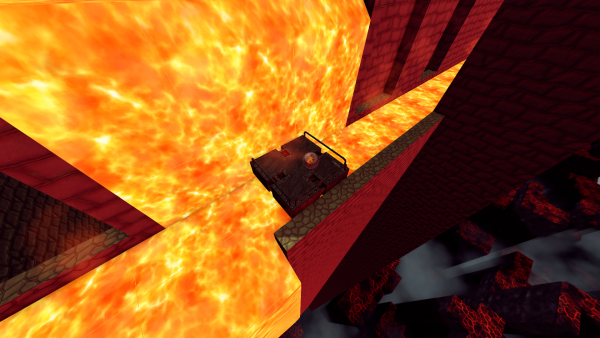 one wrong move and you’re toast!

The sound quality of the game is decent, but isn’t lacking in quality. One of the things that stood for me were the birds chirping during the tree level, and another were the sounds of enemy and gear movement that stood out as well. The music mostly fits in with the levels throughout, but there was one thing that really threw me off: the design choice of using a remixed version of Marble Madness’ first level for the credits section. While some players may not have played that game, hearing that was an absolute delight to my ears. If it isn’t obvious by now that the developers at Lightning Rock weren’t heavily inspired by and probably huge fans of Marble Madness, this is a dead giveaway. Overall, even if the game can be fustrating by design, it’s done in a way that one just wants to keep coming back to it after a while to try to not only clear the levels, but also complete it as well.

Marble Mountain is now out on Steam for all platforms, and is also available on mobile devices.