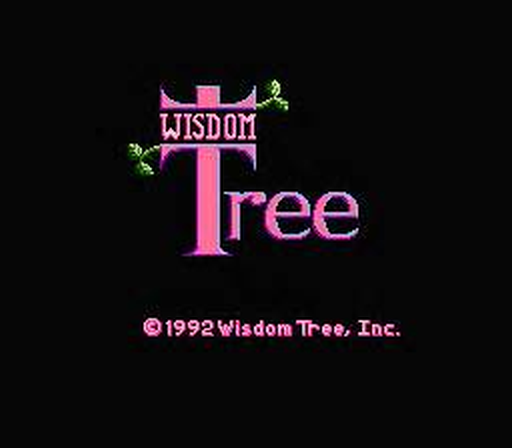 Broken Bootlegs is a weekly series covering unlicensed games (also known as bootleg games) for mainly 8-bit and 16-bit consoles. This week’s edition covers a few of the unlicensed games I’ve played for the NES and Game Boy that were produced by Wisdom Tree.

A long, long time ago, in an early-90s era far far away, I was starting to realize how fun Game Boy and Atari 2600 games were, and my parents were mostly careful that I didn’t play anything overtly awful or violent. Being brought up in a Christian household, my mom tried to make sure I stayed innocent enough and she’d shop at the local Christian Bookstore every so often while taking me with. I usually got to go to Funcoland either before or after we spent time in the store so I didn’t complain too much. I remember one day that the bookstore had an NES set up with a couple of different Biblical-themed games and I was pretty much glued to them while mom browsed around the store. It’s bible-themed so it’s ok, right? Right. The three games that really stood out were Joshua & The Battle of Jericho, Exodus, and Bible Adventures. The first two titles were decently similar in that one had to sometimes get items, do some objective, and get to the exit. Pretty simple to do, but it felt like the first game was beyond difficult for me. The third game, on the other hand, was a three-in-one multicart which told three different stories from the Bible: Getting animals for Noah’s Ark, saving baby Moses, and something about David vs Goliath. Remembering, and looking back, the first two in that cart played a bit like Super Mario Bros 2 in regards to player movement, but I really don’t remember much about the last one sadly. I really never understood why the cartridges were either black or blue when compared to NES carts back then, but gaming was still a newish thing to me. 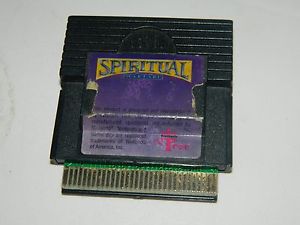 An odd design for the Game Boy game, but it worked

It was about a year after that was when I received the game Spiritual Warfare for the Game Boy. An adventure game where you’re a soldier of God gathering the pieces of Spiritual Armor, save lost souls, and defeat the Devil? Pre-teen me thought that this was really cool and I was pretty stoked to play it. It was like Link’s Awakening, but Bible-themed! Yeah! The instruction manual explained things pretty well, except for the one thing that really got me: the password system. In what I assumed was a cost-cutting measure, the game had a massive 32-character password system for saving progress, which made writing down progress necessary. Mess up a character or put a 0 instead of an O and you were SOL, as that happened quite frequently, to my frustration. Since it played like a Zelda game, it had it’s own decent challenge to it and proved to be a fun game. One of my gripes was that it played one song thoughout the whole damn game. Variety would have been nice listen to at least, but sadly that was not an option. Years later after playing the original Legend of Zelda, I realized that this game was directly inspired from the game and I sometimes wondered if Wisdom Tree somehow got a license from the engine to make the game like they did with taking the Wolfenstein 3D engine for Super 3D Noah’s Ark on the SNES. It didn’t seem to be the case, but still was interesting to look into.

After doing some digging some time back, I found that Wisdom Tree forked off from the company Color Dreams, which was one of the major producers of unlicensed games for the NES. With Nintendo’s practices of threatening to refusing to sell games to retailers that stocked unlicensed games so potential crap games wouldn’t be produced and associated with their console, companies like Color Dreams received the short end of the stick. Since Color Dreams didn’t want to deal with Nintendo’s stringent requirements for producing games and having limits put on them, they came up with the subsidiary Wisdom Tree and marketed to Christian stores, which was how people like me found out about those games for the NES and they found success in selling religious-themed games. Surprisingly, even after Color Dreams kicked the bucket, Wisdom Tree kept going on for years and is still around! It’s interesting to see that even after all this time they’re still around, even if it’s more of a novel curiosity to see what kind of games they did and plan to re-release.

Apologies for not having an entry for last week, things were hectic with being out of state. Hopefully this makes up for it! Have a suggestion on what should be covered for future Broken Bootlegs entries? We’d love to hear from you on Twitter and Facebook!