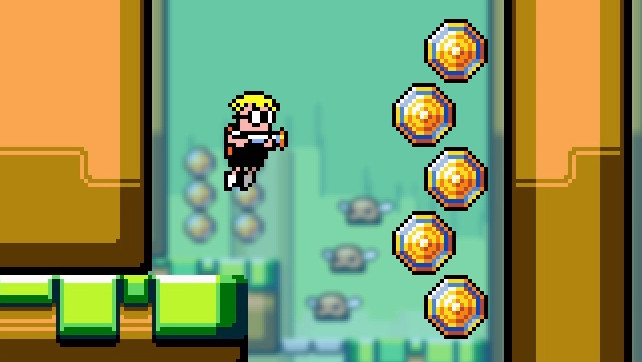 Renegade Kid released information via Nintendo Life on Friday that their upcoming title Mutant Mudds Super Challenge will be released in North America, Europe, and Australia on March 17th.

We didn’t get a chance to play the original Mutant Mudds on the Nintendo 3DS, however we did play and review Mutant Mudds Deluxe for the PC and the game was great fun. We also downloaded the Nindie preview of MMSC for the Wii U and played thru the demo of the original 3DS title at length.

Mutant Mudds Super Challenge features 40 levels, super epic boss fights, and twenty playable secret characters. The game will be released with cross-buy, meaning that if you purchase the game on the 3DS you will also be able to download the game on the Wii U at no extra charge and vice-versa.

The price of the game is set for $9.99 USD. You can also take advantage of a loyalty discount. If you have the original game or if you downloaded the Nindie preview, you can download the game for a 15% off discount during the first 30 days.