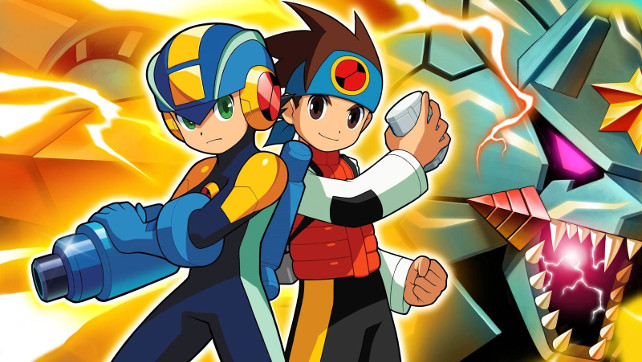 Following in the footsteps of Pokémon in releasing two slightly different versions of the same game at the same time, you can catch up with Capcom’s MEGA MAN BATTLE NETWORK 6 CYBEAST GREGAR and MEGA MAN BATTLE NETWORK 6 CYBEAST FALZAR when they hit the Wii U. In the games you can help Lan and Mega Man tame the Cybeasts and investigate the culprit responsible for their release.

After moving with his family to Cyber City, Lan, with the help of Mega Man, must intervene before Gregar—an ancient creature of enormous power—destroys the network and the world! Game content is the same for both games, but NetNavi chips and other items may differ.

The games were originally released for the Game Boy Advance in November 2005 in Japan, followed by releases in North America and Europe the following June. Both games will retail for $6.99 USD in the eShop and are rated E for Everyone by the ESRB.