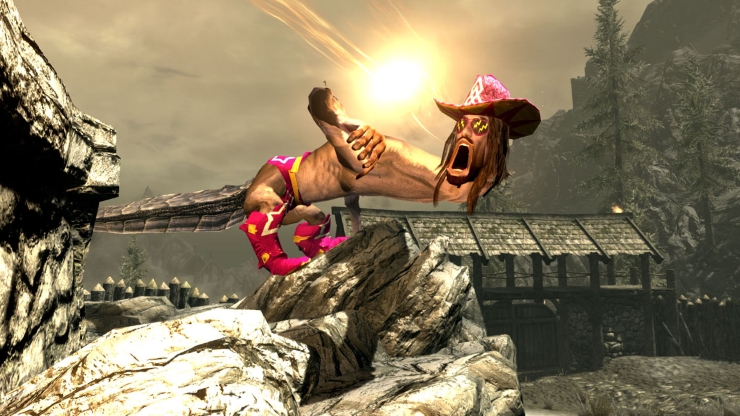 Apparently Bethesda is working on no less than three big projects, each of which represents a “Bethesda-style game”. Speaking at Dice in Las Vegas today, Todd Howard, the director of both Fallout 4 and Skyrim, had this to say:

“We have three longer-term projects we’re doing that are all … we’ll talk about them at a much future date. But they’re different than anything we’ve done before while also being a Bethesda-style game; (they’re) big and crazy.”

It is not known whether one of these three projects is the next entry in the Elder Scrolls franchise, although seeing as “they’re different than anything we’ve done before”, they might very well all be new IP. Calling them Bethesda-style games seems to suggest they will be modern RPG’s in the vein of Fallout and The Elder Scrolls. Like with Ubisoft, I am somewhat worried that making the same game with a different coat of paint will eventually become tiresome. Bethesda isn’t milking that cow nearly as hard as Ubisoft however, and applying the formula to vastly different settings could be interesting. We still have far too few wild-west RPG’s in my humble opinion. Plus, if that happens, somebody will mod in Macho Man. Somebody always mods in Macho Man. And it will be glorious.