Australia’s ratings board is pretty well known for spoiling major game reveals. So when PCgamer reports that they have broken the seals on a new Dead Island game, I am inclined to believe them. The classification site recently listed a new game called Dead Island Retro Revenge, which it slapped with an “M” rating for bloody violence and online interactivity. So Dead Island was pretty violent and bloody so no surprise there, and online suggests it will hopefully be in the same vein as the Dead Island games before with co-operative open world zombie killing action. 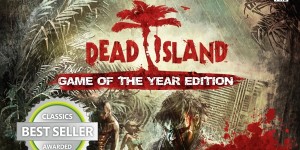 unfortunately Australia’s game rating site doesn’t give up  the same kind of  deep informative details as the US counterpart the ESRB, what we do know is that it will be published by Koch Media, the parent company of Deep Silver, and that it’s being developed by Empty Clip Studios.None of that really means anything to us, beyond the fact that Empty Clip is the developer that owns the Rapid Fire Engine which has been used in a few games, perhaps most notably Monaco: What’s Yours Is Mine.

Fans of Dead Island will remember that this last year has not been a particularly good one for the franchise, as  Dead Island 2 ended up in development hell, after it was first delayed, then eventually lost its developer. Landing it in the territory of the never was, that magic developer hell where we know it exists, but have no idea how done it is, or if it will ever be ready for consumers. Dead Island: Epidemic MOBA was also shut down in October before it even had a chance to get out of Early Access. Hopefully this new filing means that the franchise will