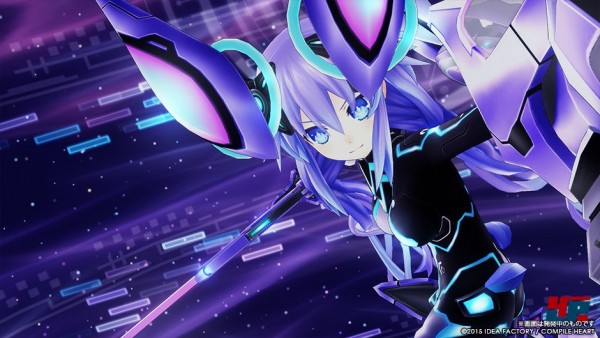 The Hyperdimension Neptunia franchise has kept my interest for the past seven years thanks to creative writing, absolutely adorable characters, clever tongue-in-cheek lines and an intriguing battle system. With the latest adventure, Megadimension Neptunia V.II (that’s Vee two not “version 2”) the folks at Compile Heart have done an excellent job retaining what has made the series so great, while adding twists to the established formula with some new breakout characters as the icing on the Nep Nep cake.

Main characters (known as CPUs) in Megadimension Neptunia V.II represent consoles from the seventh generation (think Xbox 360, PS3 and Wii), just as they have for the entire series. This time around, the inhabitants of GameIndustri are preparing for the a time of change where the established nations of LeanBox, Planeptune, Lowee and Lastation transfer their belief to new CPUs. Returning characters like Noir and the ever peppy Neptune now must contend with the prospect of their shares (representing their land’s belief in them) shifting to the next generation of CPUs.

Narratively, the game’s story starts out quite interesting, especially when compared to games like Hyperdimension: Rebirth 1, whose story can quite awhile to kick into gear. What really helps Megadimension Neptunia V.II to stand out amongst the three main games in the series (their superior remakes) and multiple spin-offs is the use of three discrete “episodes” that all occur at different points in the series canon.  The first, Zero Dimension Neptunia Z, transports Neptune and Nepgear into a doomed dimension from console generations past. If you thought that Compile Heart’s take on the 7th generation ere awesome just wait until you see their take on SEGA’s scrappy grey box from the late 90s!  The second episode, Hyperdimension Game Neptune G returns us to the events in the “current” canon, focusing on the lives of the CPUs as a mysterious power causes ripples to appear in the bonds between all of them. It’s an interesting take to have all of the CPUs: Neptune, Noire, Blanc and Vert explore their private lives. The whole thing almost feels like anime episodes that give us small vignettes into the motivations of the main cast.  I’ll leave the third episode as a complete surprise because it ties everything together. I feel quite refreshed that Compile Heart would take some risks in how it weaves the narrative and the multi-episodic approach is certainly welcome after the linear narrative of previous titles. 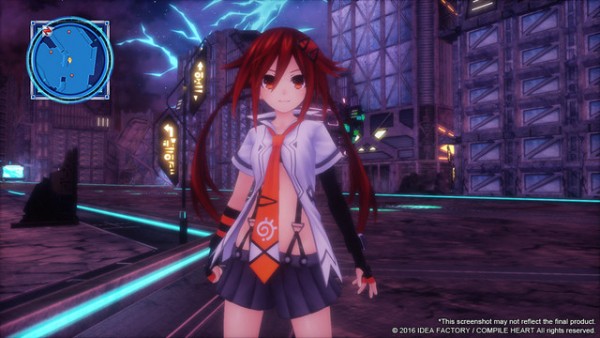 True to the presentation of other Hyperdimension titles, the 2D artwork fade as characters shift from pose to pose, if you’re looking for fluid 2D animation, the visual novel sections of Megadimension probably won’t do it for you. Thankfully compile heart’s characters are expressive as ever during the story scenes. Truly one of the great things about this series is how the writing makes self-referential material combined with jokes from the generations of games past without feeling like Neptunia is breaking the fourth wall too frequently.  The English dub is also pretty great featuring the talent of Melissa Fahn reprising her on-going role of Neptune, Christine Marie Cabnos as NepGear, and Kate Higgins as Iffy, among other long time series voice talent. Interaction between light-hearted characters like Neptune and stern characters like Iffy really make this game for me. The voice talent and the writers have spent a lot of time with these characters and as they’ve matured and grown  it becomes easier to appreciate the different dynamics that compose the bonds between our ensemble cast.

Dungeon exploration sections allow players to put together teams of three characters to clear out pre-built dungeons filled with some returning enemies and several original baddies created specifically for the episodes of Megadimension Neptunia VII. The party of three is able to explore the dungeons with the “leader” being the only character on screen until you come in contact with an enemy. At that point the game shifts from a large dungeon map to a smaller battle arena. Typically during my play through I’d want to bring 2 damage dealers and at least one character that has support abilities to ensure that my party stood a chance, although this is probably sound advice for any dungeon exploration RPG.  Once you’ve got your basic item usage, magical abilities and statistical management abilities down the combo system used in combat becomes a worthwhile investment.  Each character has three different ability types – the multi-strike Rush abilities,  the hard hitting Power abilities and Standard attacks. Managing to use the correct combinations at the right time can mean the difference between a successful dungeon run and having to start your progress all over again. 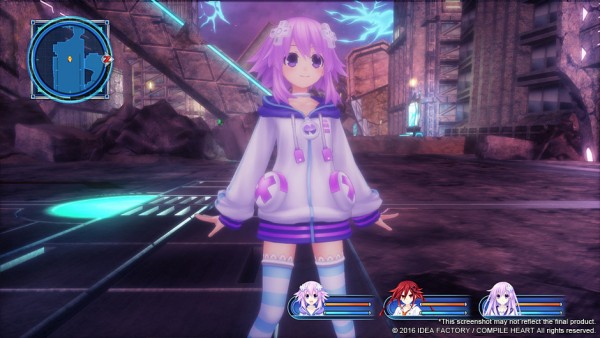 Megadimension Neptunia VII deserves praise for its willingness to take risks with the established series formula when it comes to narrative. The gimmick of interweaving episodes allows us to see the same events from not only several different perspectives but different periods in Gameindustri’s history. Mechanically Megadimension does not really introduce anything that could be considered groundbreaking for the series – instead, it brings enhances from Victory and the Rebirth remakes to the PlayStation 4.  Experiencing the visual novel style story bits were probably the most enjoyable part of the whole experience. It can be frustrating to grind out dungeons for some of the best loot, and losing your progress after a 40-minute dungeon run can be discouraging, but for series veterans like myself this shouldn’t deter the Nep Nep faithful. If you’ve wanted more of the absolutely awesome Compile Heart light-hearted comedy with one of the best new characters introduced to the series in some time then Megadimension Neptunia VII is the game for you!