We’ve got one last chance to try out Tom Clancy’s The Division before the game’s official launch on March 8. The open beta will be available to all PlayStation Network and Xbox Live. In the past Ubisoft has said that some game modes will be locked out for agents who do not subscribe to PlayStation Plus or Xbox Live.

All of the content from the closed beta – which included the Madison Square Gardens Field Hospital single player mission and the Dark Zone multiplayer component up to level six. Agents will also get to try out a second single player mission in the open beta that hasn’t been included in any previous closed test.

Here are the dates for the Open Beta:

All servers will close at the end of February 21st

For more information make sure to check out the official Division website. 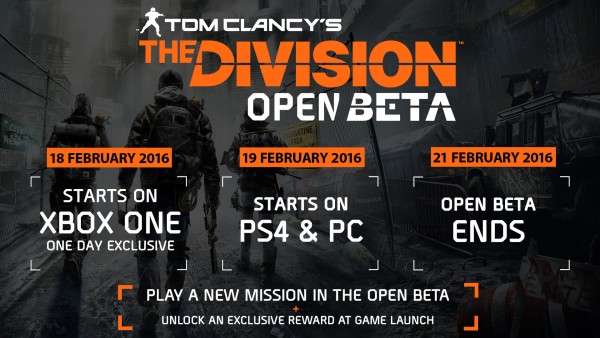