Aegis of Earth is a dynamic tower defense game with a story delivered in a visual novel-style. Defend the last bastion of humanity against an onslaught of monster attacks. From a central citadel – the player assumes the role of military leader charged with creating, developing, and updating a city with weapons and defences, balancing and aligning the city’s resources to better survive against prolonged monster attacks.

To help in battle against the enemy onslaught, you can recruit and level up supporting characters – tactical operations staff who each bring unique skills to your control room! The game features, city building and defense, with a unique mechanic that allows you to rotate your defenses around your central tower to concentrate your fire. Several team members each with specific unique abilities.  A campaign in story-driven episodes that move the player around the world to experience different urban environments. and resource collection 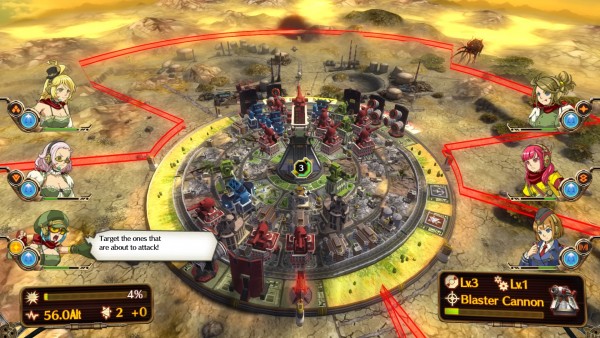